There are many advancements needed with the iPhone 5 although one thing we really need is increased battery life, and Apple’s latest patent approval could be a signal that the company is advancing in that direction. Apple filed a patent a couple of years ago, which has just made its way online with approval and focuses on power adapters as seen in the image below. This would allow for more space inside the iPhone 5 and of course more room for a bigger battery.

We have known for a while about a new power and data port, which is likely to make its unveiling when the iPhone 5 sees a release this fall. When we heard about a new 19-pin connector last month it had also been met with mainstream media spinning a negative headline, which focused on the impending disaster iPhone owners would face when this change makes all their current accessories useless.

These reporters obviously don’t understand Apple or might not know what an adapter is, which we published an example of a possible iPhone 5 adapter that would allow most old accessories to work with the new iPhone 5 connecter port. You can see that concept photo below and also a few more details in the article here, which mentions the person that came up with the picture. This is a simple solution and one we’re sure Apple have plans for already, although in their own design of course. 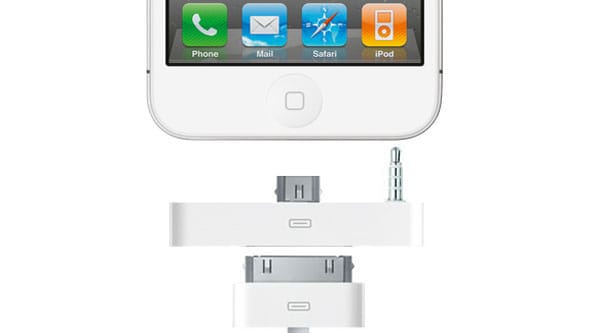 Some people thought the smaller connector could be a Thunderbolt port, although there doesn’t seem much of a need for this data transfer speed on an iPhone and certainly not in 2012. The patent drawing above shows that the connector port has a triangle end so you know what way the connector fits, although most Apple fans know these drawings don’t always detail the finished product. You can read the patent abstract below, or see the patent details on the official website here.

Would you like the smaller connector port to give the iPhone 5 better battery life? One thing is for sure and that is Apple need to offer any adapter for free with the iPhone 5. If consumers bother to upgrade to a 6th generation iPhone after investing in accessories for previous generations, then it makes sense for Apple to deliver new iPhone hardware with adapters if the port changes size. Any option that means paying for an adapter after buying the new iPhone 5 would be ridiculous.