Over the holidays there would be thousands of people gaining a new Apple iPhone 5S, 5C or even iPhone 5 as a gift and these phones could arrive with bad battery life. The drain in most circumstances would be due to iOS 7 not installing correctly, and we have touched on this in the past but wanted to recap a battery life fix for new owners that gained the device over Christmas.

Most importantly, let us point out that you shouldn’t worry about a hardware problem right away if your iPhone 5, 5S, or 5C battery life is draining really fast. You should perform a clean install after backing up and try the phone without a restore of your backup, then if the battery doesn’t drain fast you know it’s not hardware related.

Then restore your backup with the latest iOS 7 update and see how your new iPhone 5S/5C or older iPhone battery performs. In most cases a clean install will fix any battery life problems, and we have performed fixes on an iPhone 4, 4S and iPhone 5 in this way. 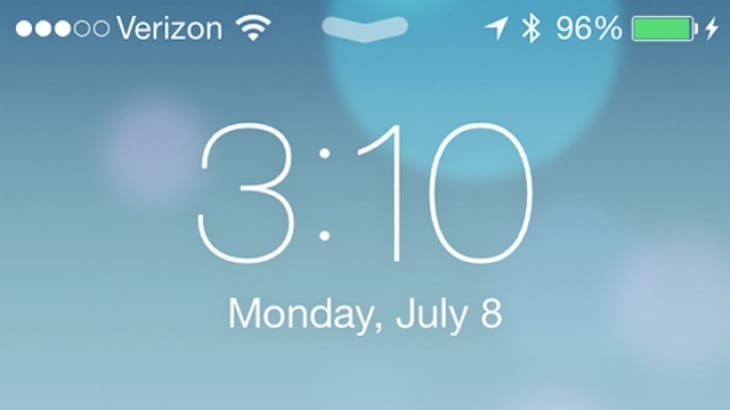 If you want some more insight into fixing battery drain with an iOS 7 device, then take a look at the article we published back in September right here. That article reported some news in relation to iPhone 5 and 4S devices receiving false battery life blame, which came about after many reports of these devices having bad battery life when it was just the way software installed during an iOS 7 update.

Full details on how to fix your battery life woes can be seen in this article, which we solved during a hands-on with the iPhone 5 and 4S model.

It should be noted that the software glitch is still evident with the latest iOS 7.0.4 update and we don’t expect iOS 7.1 to fix these problems. This is due to the battery life drain being related to a bad install when updating or restoring a backup in most cases, as mentioned above.

Bottom-line: If your iOS 7 device worked great before updating software, then you experience battery drain after an update it is almost certain you need to perform a clean install and shouldn’t worry about this being a hardware issue. Of course, in some rare cases you will find there’s a hardware fault but it’s very unlikely after a software update or restore.

Have you experienced any problems with battery drain on the iPhone 5, 5S, 5C or other devices running iOS 7?