For the last few weeks we have been testing out the iPhone 4S on Three UK’s HSPA+ network, today’s review will differ slightly from most of the iPhone 4S reviews you have read as instead we will be looking at how the superfast network pairs up with Apple’s latest iPhone to deliver a rich smartphone experience.

Before we go into detail regarding the mobile data connectivity we will just give you a quick run through of which other iPhone 4S features have impressed us during our testing period. Firstly the 8 megapixel camera on the rear is outstanding, let’s face it the iPhone 4’s 5 megapixel camera was by no means lacking, but this time around photos and videos look sharper than ever, however results in dark conditions could be better and it would be nice to have more manual controls.

Shooting photos and videos does rapidly drain battery life, however ignoring photo/video capture and gaming we were very impressed by the iPhone 4S battery life. This is contrary to many emails we receive daily telling us that the iPhone 4S only delivers 6-8 hours of life from a single charge, during our days of moderate usage (phone calls, texting, checking social networks via apps and web browsing) we could easily get a day’s usage from a single charge, however you do need to charge it each night. During our testing we rarely used WiFi or Bluetooth, both of which have a very negative on battery life. What’s great is the fact that the data speeds you receive using Three’s HSPA+ network are so fast that you won’t ever really want to switch WiFi on (it’s just a shame that iOS forces you to sometimes). 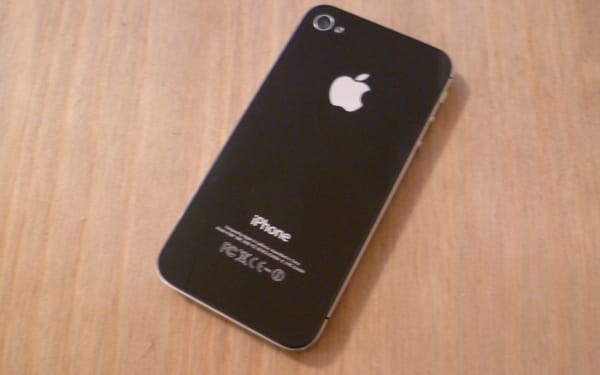 As you probably already know in terms of physical design and display the 4S is identical to the iPhone 4, the build quality is second to none and the form-factor is great, however recently we have been testing out many Android smartphones and can’t help but feel that Apple could get away with giving its next smartphone a larger display – perhaps 4-inches? Also at times it was hard to get used to the fact that there is only one button, it just goes to show how accustomed we have gotten to the Android setup. We do at times think that the iPhone 4S would be better with a back button, but this isn’t Apple’s way and there is no real harm in that. 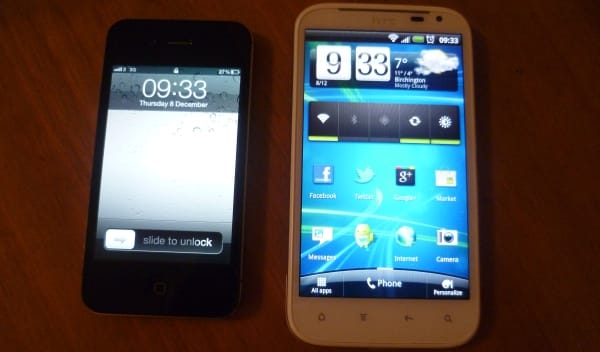 iOS 5 is great and we don’t have a bad word to say about it, however the UI in comparison to Android is massively different. The new notifications centre is a great improvement and we loved the customization offered, also Siri despite being in its beta stages is tremendous and only going to get better. What impressed us the most was super-fast web browsing which is a result of fast internal hardware, a newer version of Safari and Three HSPA+ network, we also liked the Twitter integration which seamlessly ties into iOS 5. 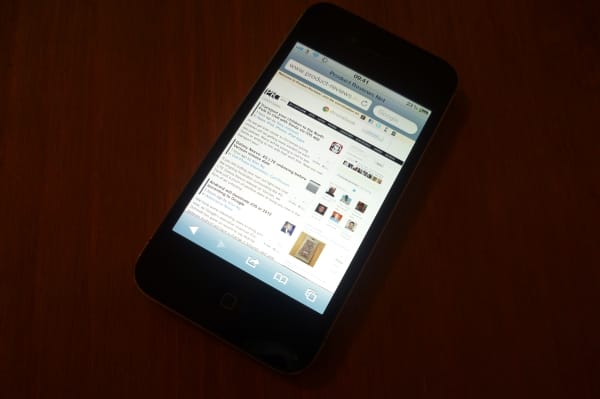 There are some things which we think could enhance the iOS 5 experience, firstly the official Facebook application is poor and there is no real integration into the OS, which means you can’t share media to Facebook as easily as you can on rival devices. Also we think that widgets could be a great addition as the standard icon layout is becoming a little dated, this is obviously something which is a matter of preference, so not everyone will agree. Finally we think that when using the iPhone 4S you don’t quite feel as socially-connected as you do when using Android or WP7, we love the way everything integrates in WP7, so if you check out your contacts you can see their Facebook account, Facebook profile pic, Twitter feed and much more. We aren’t saying that Apple’s developers need to bring this level of social networking integration to iOS 5, but even the smallest changes could make a huge difference. 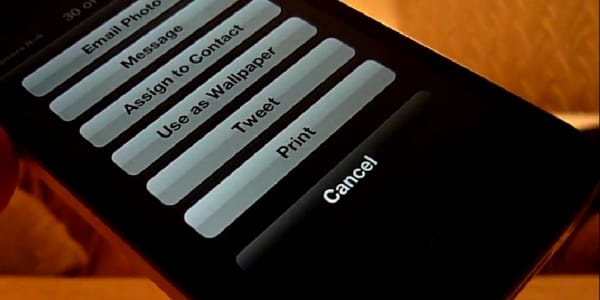 OK, now that we have spoken about most aspects of the iPhone 4S we will concentrate on what this review is all about, Three UK’s HSPA+ network, it makes sense to start with a speed test so you get an idea of just how fast it really is. I live in the UK and my home broadband usually deliver speeds of around 10Mbps down and 0.85Mbps up (which is pretty good for where I live). When I installed the SpeedTest app on the iPhone 4S and ran speed tests whilst connected to Three’s HSPA+ network the results varied depending on the time of day it was and where I was, I don’t live an area where I get full HSPA+ connectivity, but despite this results averaged at around 3.5Mbps down and 1.55Mbps up, during testing in my area speeds peaked at 5.81Mbps down and 1.61Mbps up, which is great and far faster than any other carrier in my area. You can see some SpeetTest results below. The bottom result this was connected to WiFi using my home broadband connection, as you can see the upload speeds are almost a third of Three’s mobile network, which means for example that uploading videos to YouTube is faster using the iPhone 4S than it is my PC connected to home broadband. 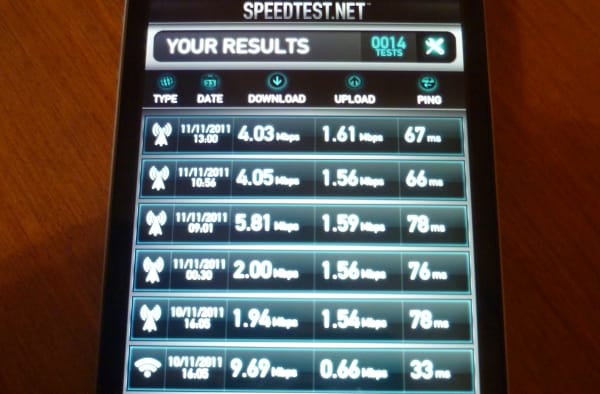 The biggest problem that I see is that Three UK offer an “All-you-can-eat data”, which is great, but it really seems as if the iOS 5 and the iPhone 4S is restricting this, here’s why. Firstly if you check out this page you will see that Three’s AYCE data plan does not come with a fair use policy, so there is no limit, unlike so-called “unlimited” data plans which other carriers offer with a fair use policy which nullifies the word ‘unlimited’. All this means is that Three will let you use the HSPA+ network for as much data usage as you want, however if you go to download an app at the App Store which is 20MB or larger you will have to connect via WiFi, there is no way round this without jailbreaking your iPhone – it seems mad. A 20MB download with the speeds that I received during the SpeedTest would take less than a minute, but no you will have to be connected to WiFi, likewise lots of apps are the same, one example of this is 4oD Catch Up by Channel 4, to stream videos to your iPhone you have to be connected via WiFi, despite knowing that the HSPA+ network is up to the job. There are lots of instances of this sort of thing which can be very frustrating, but we are sure that app developers and Apple will soon make the necessary changes to resolve such annoyances. 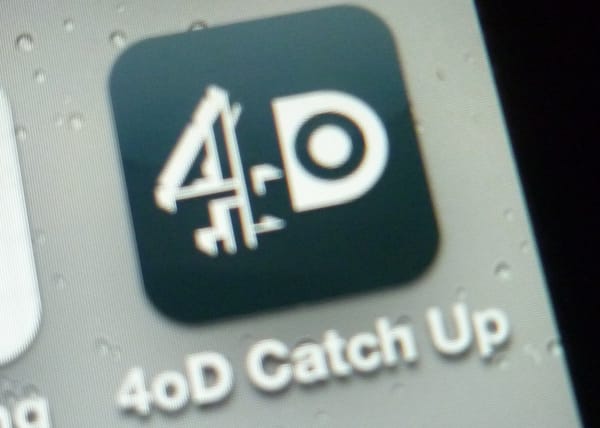 During our time with the iPhone 4S on Three we never experienced major signal loss and call quality was great, which means that if you were unimpressed by the iPhone 4 antennagate saga you can buy the iPhone 4S and rest assured that you will be able to make and take phone calls without it dropping. You can buy the iPhone 4S from Three here, there are lots of different price plans available, however we recommend you choose ‘The One Plan’, for £40 per month you can get the 4S for £49 (upfront) and this gives you 2000 any network minutes, 5000 texts, 5000 Three-to-Three minutes and All-you-can-eat Data – check out this image for a full breakdown of pricing options.

Here are some more images from our hands on: 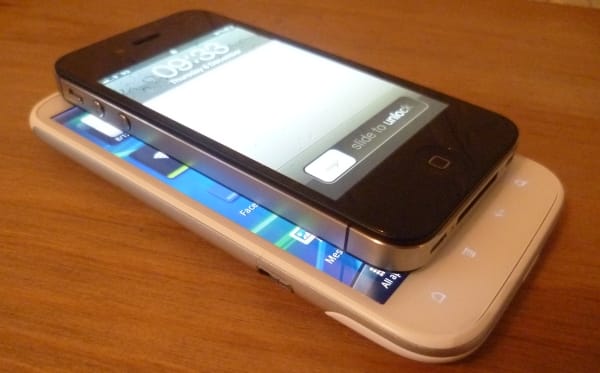 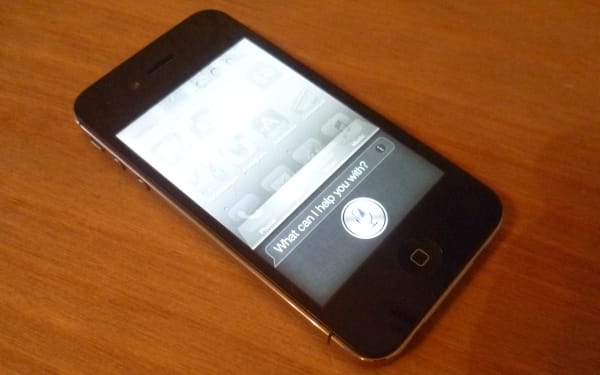 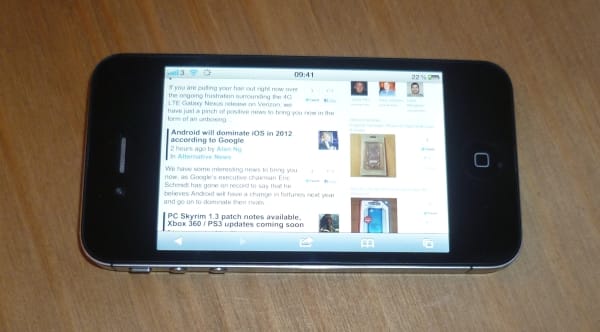