We are continuing to hear about iOS 6 draining the iPhone battery on a daily basis, and while we’ve heard about a few iPhone 5 cases it is mostly the older models receiving complaints. Our 6th generation iPhone has been performing really well since launch, and considering the technology improvements you’d think the new iPhone 5 would drain battery faster, but in fact it seems that iOS 6 is causing the iPhone 4/4S to drain juice at a faster rate for a number of people.

Apple’s iOS 6.1 update needed to fix the iOS 6 battery problems — when the iPhone 4S first launched we experienced battery life problems like thousands of others, not everyone, and Apple addressed these problems publicly and released an update to fix the issues. It took Apple a couple of software updates, but finally everything improved and the iPhone 4S started to drain battery life at a normal rate again.

Considering the amount of complaints on Apple’s official forums and the feedback we’ve received from our readers, it seems that iOS 6.1 will be needed to update and tweak the software on the iPhone 4/4S, which would help older models to perform better where battery life is concerned. 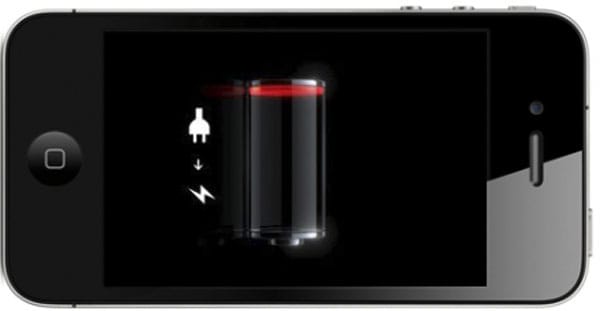 It is clear that iOS 6 is the problem here and this has been made even more obvious by a number of tests we’ve performed, and also what other technology websites have done as well. You could have the same apps and settings on the iPhone 3GS, 4, 4S, and 5, but battery life will drain faster on the older models in most cases. It is worth noting that the battery problems started the moment iOS 6 had been installed, which rules out hardware issues and with thousands of users complaining it proves a simple tweak in iOS 6.1 could solve the problem. We’re not talking about slight changes in battery life either, this is a major drain in juice that results in some devices not making it halfway through the day.

Are you experiencing extreme battery drain on your iPhone with iOS 6, and if you have battery problems feel free to share a comment with the model you’re running and how long your charge lasts? At the time of writing we’re not sure how long it will take for Apple to release the iOS 6.1 update, but keep connected to PR and we’ll let you know the moment it arrives. We’ll be sure to test the battery life on the iPhone 5 and older models once the new update arrives as well.