Dont count out the recent rumors surrounding the iPhone 4G pictures just yet. After informing you that the recent shots of the alleged device were ‘fake’, we have reasons to suggest that they may be real after all.

As reported from longislandpress, a fresh study by Engadget has uncovered an old picture, thought to be the first ‘leaked’ image of the iPad before release.

If you study this closer, you’ll be able to see a device on the right, which looks very similar to the recent images of the rumored iPhone 4G, which were believed to be fake.

This is a great find, as the picture is thought to have surfaced directly from Apple’s labs. It seems as if the puzzles are slowing coming together for the iPhone 4G, with these images providing the strongest hint yet on what the device may look like.

Take a look below for yourself and let us know your thoughts on it. Remember, the supposed iPhone 4G device can be seen on the right hand side. 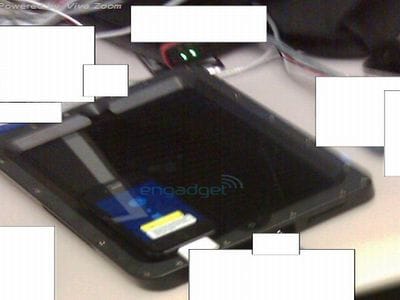