There have been many rumors surrounding the upcoming iPhone 4G so far, so much so it is hard to remember exactly the handset is rumored to feature, however a recent article posted on TheHuffingtonPost shows a graphical representation of all of the rumors.

The image has been added to the end of this post, it shows that it is 99% likely that the iPhone 4G will launch between May and July 2010, there is also a 90% chance that it will feature an OLED display.

Personally I think this graphical representation is spot on, however I really do hope that Apple give their 5 megapixel some sort of flash, for more information check out TheHuffingtonPost. 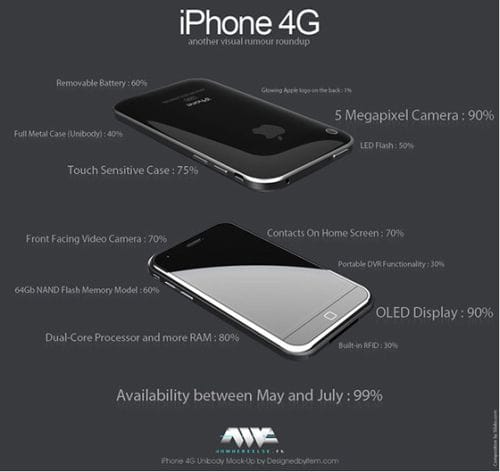