Some exciting news to bring you now, as it has been reported that Wired.com has been sent some rubber cases which the manufacturer states are solely for use on the upcoming iPhone 4G handset from Apple.

As reported from Wired, Gumdrop Cases sent the cases to the website and revealed that ‘insider sources’ within the plastic industry told them that Apple will be announcing the iPhone 4G on Monday 7th June at the first day of the WWDC event.

A company spokesman had this to say on the new rubber cases: “It’s supposed to be announced on Monday is what we’re being told, so we wanted to make sure we had cases available.”

Meanwhile, Wired state that this is the first time they have received a next-gen Apple product before it was released. As you can probably tell, these news cases were designed with the iPhone 4G prototype device in mind.

Take a look below and let us know what you think. Full story over at Wired. 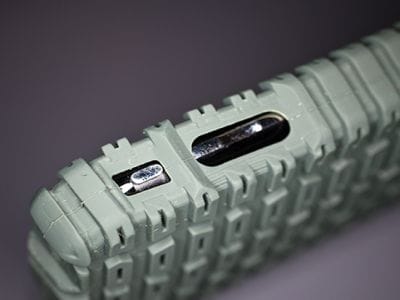