We have some surprising news to bring you now, as it has just been confirmed that one iPhone 4 user has taken his handset into an AT&T store, after his phone caught fire after connecting the device to a computer using Apple’s USB cable.

According to this report from BGR, the incident burned the user’s hands in the process, with the user explaining the situation to AT&T in order to get a new device since this one was unrepairable.

However, AT&T are still out of stock of iPhone 4 devices so the user has had to wait for the moment. The good news is that an Apple store has already confirmed the issue to be a ‘defective’ USB problem and not a user problem.

We have some pictures below showing proof of the fire damage – Let us know your thoughts on this. 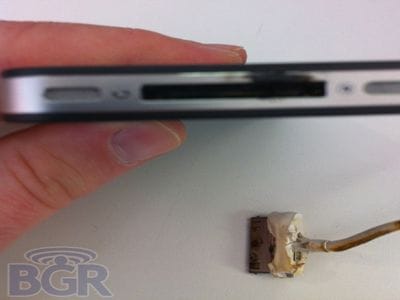 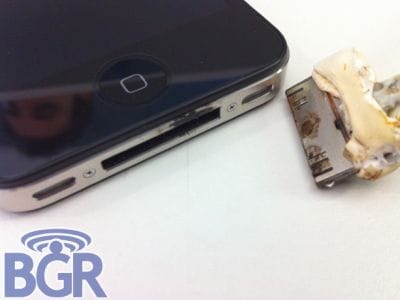 Are you worried this might happen to your handset?