Competition in the smartphone market for Apple is getting tougher, as according to some statistics in the UK, Apple’s iPhone 4 has dropped out of the top 5 in a chart which tracks sales and searches.

A new uSwitch chart has shown the iPhone 4 has dropped down to sixth in the top ten chart for mobile phones in the UK. The chart is dominated by HTC who occupy the top three places.

Top of the tree was the Desire, with its bigger sibling the HD at number two. The biggest climber in the chart was the HTC Wildfire which completed the top three.

Also ahead of the iPhone were the BlackBerry Curve 8520, and the Samsung Galaxy S which came fifth. The iPhone 4 is often on more expensive tariffs than its rivals in the chart, which also may have some bearing on it. 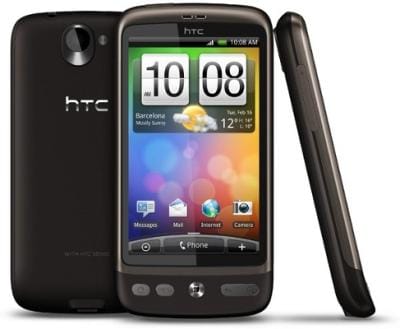 By the time we get to the summer and have any launch of a new iPhone model, this chart will probably have a completely different look to it. Most people will be waiting to see what the iPhone 5 will be like before signing up to a new two year contract. We will also see lots of new handsets coming out from the likes of HTC and Samsung.