Competition between AT&T and Verizon has been apparent ever since the two went head to head over the iPhone when it was made available to Verizon. The latest news we brought you was Verizon’s free minutes offer. It appears competition is heating up as seemingly in response to this AT&T are offering a cheap deal on their iPhone 3GS.

As a report from Slashgear says a commercial for this strategic promotion was just released, and could entice those customers who are not yet iPhone users to join the crowd. Although the offer is only for the older 3GS model, all this technology for under $50 seems like an offer not to be refused.

Selling this almost two year old device at a price substantially less expensive than an iPhone 4 ($250 cheaper than 32GB version) could be the start to a pattern amongst other carriers, which could affect Apple’s plans on releasing an iPod Nano. Their aim is to attract customers at the lower end of the market but at this rate customers will just wait to see how cheap they can get a full blown iPhone. 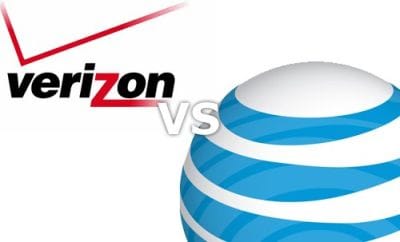 This offer still ties you into a contract however, which some customers may be deterred by. Monthly payments can be a bit of a pain, but TUAW say if you’re planning to get the iPhone and don’t necessarily need the latest model then this is perfect. The commercial for the offer can be watched below.

Will this offer be enough to attract new iPhone users to AT&T and away from Verizon? Does this offer tickle your tech loving taste buds?