Apple is expected to follow up on the iPhone X with a new selection of OLED models in 2018 that will cater to consumers who are looking to buy the iPhone X in a variety of different sizes.

This week though, we are hearing some interesting rumors suggesting that Apple has been forced to cut their production targets in half for the iPhone X in the first quarter of 2018.

These rumors are according to Nikkei who have said that the initial target for Apple was 40 million units but will now be revised to 20 million units after ‘disappointing’ sales during the Holiday season.

As a result of the decrease in production numbers, this could also have a knock on effect with regards to the upcoming new OLED iPhones that Apple plans to release later this year. 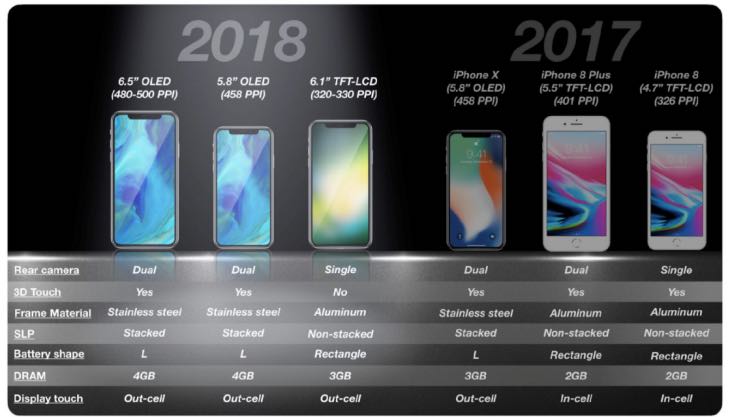 Would this mean that we won’t see new OLED iPhones until 2019 or will Apple still plan to offer the 6.5-inch OLED iPhone XL in 2018, that many fans are already getting excited about?

You can take a look at the rumored Apple iPhone 2018 roadmap above to refresh your memory then let us know what you think about the rumored ‘disappointing’ Holiday sales.

Did you buy an iPhone X or was it simply out of your price range?