Having recently reported that the Samsung A9 chip had already gone into production, and that it was going to be the processor of choice for the iPad Pro, we never had firm confirmation. However, there are now fresh reports that say Samsung will in fact build the 14-nanometer chip, and that this next-generation processor will supply the grunt for the next iPhone and iPad models.

However, what we are not too certain of is just how far ahead they are with the manufacturing of these new chips. One would presume they are well ahead, especially as rumors would seem to suggest that iPad Pro release date could be sometime in the Spring.

This would make sense because Apple would not want to launch its rumored larger, and more powerful iPad at the same time as the other two models the Air 3 and the new mini. 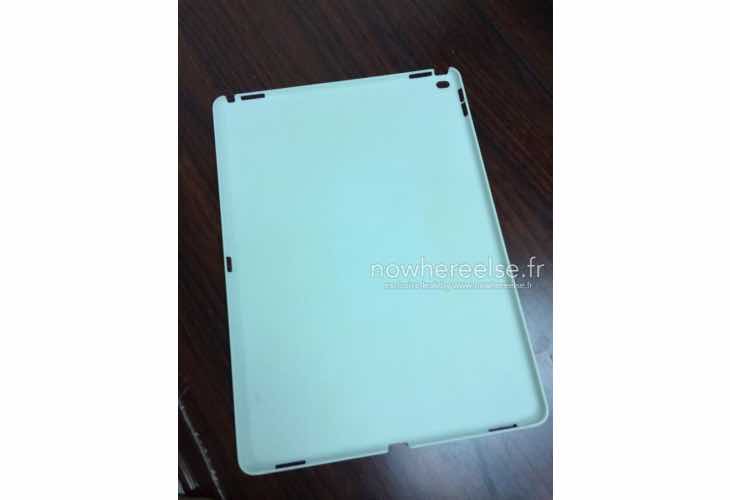 Nowhereelse.fr has what they believe to be a leaked image of the iPad Pro case, which you can see above, and you can clearly see it is for a larger tablet. Most of what we see within the case design is run of the mill, although there is a cutout on the left-hand side, which could be for a SIM tray.

We are not certain if this is the real deal, although the French website does state the leaked image has come from a reliable source.