This year could be Apple’s busiest year yet in recent times. After seeing Samsung unleash 12.2-inch Galaxy Tab Pro and Galaxy Note Pro tablets, all eyes are on Apple to see what the company is planning as a follow-up counter-attack to their rival’s products.

If you have been following the latest rumors, you’ll know that Apple seemingly has a bigger iPad on the way in 2014, a tablet that has been rumored to be called the iPad Pro. Before we heard of Samsung’s plans to offer the Galaxy Note Pro 12.2, it was actually Apple’s rumored bigger iPad that we heard about first.

This iPad Pro could be in the region of 12.9-inches, an unprecedented tablet size for the company, entering new territory in the company’s history and almost stepping on the toes of the MacBook Air in the process.

Now that Samsung has made everything official and called their products ‘Pro’ as well, we think it is now a certainty that Apple will follow suit and announce the iPad Pro in 2014. The big question though, is when we will see the announcement. 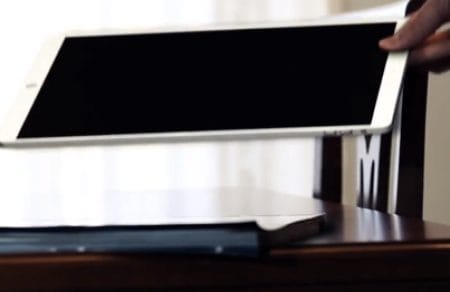 It could either be in Spring 2014, or if not – during Fall 2014 after Apple’s likely iPhone 6 announcement in September 2014. Samsung has also sent down the gauntlet for Apple to provide consumers with adequate hardware specs that would merit an upgrade from the iPad Air.

A quad-core processor is needed at the very least, although this may come in the form of the Apple A8 processor which Apple could debut with the iPhone 6, then move on to the iPad Pro as we’ve seen a similar pattern over the last few years.

Display could be a major factor as well with the iPad Pro. If you thought the iPad Air has an unbelievable display, Apple could merit the upgrade by putting a 4K resolution on the iPad Pro which would then make it formidable tablet competition with the Samsung Galaxy Note Pro 12.2. 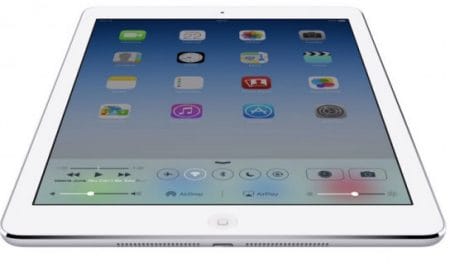 If you are waiting for Apple to make their move after seeing Samsung take the first step, give us your thoughts on the proposed iPad Pro below.

Do you also think it is time for Apple to perhaps think about giving consumers a stylus pen to utilize as well?