We have some exciting rumors to share now, for those of you who are still waiting for Apple to release their 10.5-inch iPad Pro 2 to the world.

So far iPad lovers have the option of a 9.7-inch and a 12.9-inch version of the iPad Pro, but not the 10.5 inch variety which has been rumored for so long.

Thanks to 9to5Mac, here is a leaked screenshot which appears to show the new 10.5-inch iPad Pro 2 in an inventory listing. 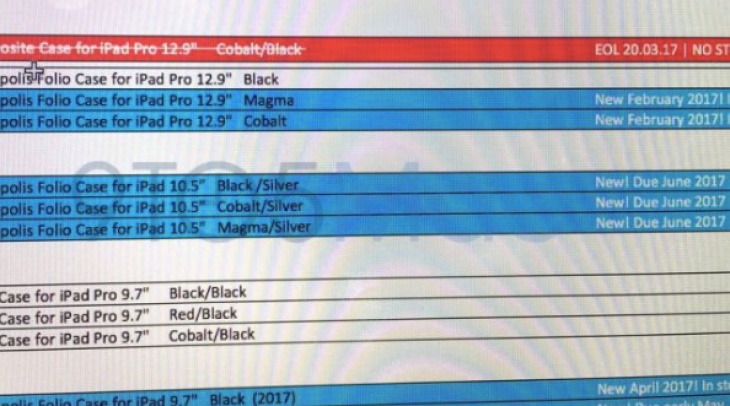 Notice that this is actually for an iPad Pro 2 case but more importantly that the June 2017 release is highlighted.

This could suggest that the new iPad Pro model for 2017 could be unveiled at WWDC 2017 at the start of June, with a release coming before the end of June in various regions.

Obviously we can’t say for sure whether this image is real or not but if you have been holding out for a 10.5-inch model it is certainly worth keeping an eye on.

What iPad Pro 2 features would you want to see though to convince you to upgrade? These tablets are not cheap, so let us know what would seal the deal for you!