We first heard news about “The Daily” — an upcoming newspaper app specifically designed for the Apple iPad tablet PC — back in November last year, when Apple Insider revealed that it was in development. However, we weren’t given a lot of information back then.

What we did know at the time however, was that the news application was believed to be a partnership between Apple and News Corp. It won’t be long until we do know more information, as it appears that Steve Jobs and Rupert Murdoch are preparing to introduce us to the new app soon. 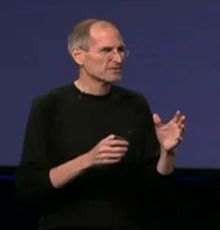 According to an article over at huffingtonpost.com (sourced from Yahoo News), both Rupert Murdoch and Steve Jobs will be hosting a special event in San Francisco within the next few weeks, in which they will officially unveil the iPad only application.

The date of the event is said to be January 19th, but it could well change before then. Murdoch is said to have devoted considerable resources to the application, including hiring high-profile reporters and editors. Richard Branson recently announced his own iPad newspaper app, which is said to be called “Project.”

Has the Apple iPad helped change your life in any way? There are plenty of great apps available for the iPad, including ones that come in really handy for those of you who are a bit disorganized. You can view a list of apps over on the appshopper.com website.