Here’s some exciting news for those of you who always seem to miss their favorite programs as the BBC iPlayer is available as an app for the iPad as from this Thursday, February 10th.

The news comes from a tweet by Geoff Marshall, apparent BBC employee, who also confirmed in later tweets that so far the app is only available to the UK. As reported by Pocket-lint.

Pocket-lint also reported that there would be no release for a BBC iPlayer app on the iPhone or iPod. Their information still from later tweets from Marshall who said he was not the app developer however. Find out what else they know about the app release by visiting Pocket-lint here. 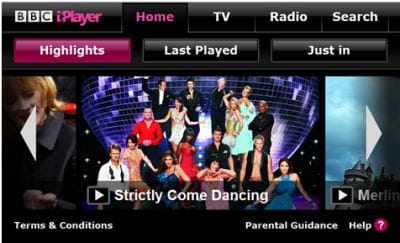 Some of you may have already been enjoying the features the iPlayer has to offer through the Safari browser on the iPad, which according to Reg Hardware has been sufficient. Find out how this has been possible in their full article here.

Will you be getting BBC iPlayer on your iPad?