Are you still a bit shocked over the slightly higher than expected price for Apple’s new iPad mini device? A lot of consumers were adamant that the smaller iPad would be priced around the same price margin as the Nexus 7 and Amazon Kindle Fire, but we all know now, this isn’t the case and consumers are still going to have to fork out on a premium to own a new Apple product.

The iPad mini goes on sale in a few days across many countries, but perhaps unlike previous iPad launches, there seems to be considerable tension in the air over Apple’s $329 or £269 asking price for the 7-inch iPad mini. The good news, is that Apple has already been on the defensive over the criticism, with Apple’s Phil Schiller talking to Reuters on how the iPad is priced higher than the Nexus 7 and Kindle Fire because it offers ‘quality’ over its rivals.

To sum up a long story short, the iPad as a product does feel more solid and compact in the hand than say a Nexus 7 or Kindle Fire, but is that a major preference for consumers? Fans love the Nexus 7 because it’s $200 and runs the latest version of Android and has a quad-core processor inside. 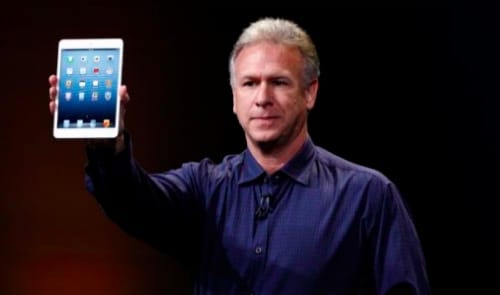 The iPad mini may be priced over £100 or $100 more expensive than both those devices, but are consumers willing to overlook this for the overall quality of the device? That’s what Apple what buyers and skeptics to understand, but price is so crucial these days so perhaps Apple may feel a little heat for some time as consumers think with their wallets first, over product quality.

As a consumer who is willing to splash out on the latest smartphones and tablets, what are your views on the debate between price and quality, as Apple points out? Does a low price win out at all costs for you, or do you agree with Phil Schiller’s point that quality matters and that’s why you’ll be picking up an iPad mini over the Nexus 7?