We cannot understand why Apple would want to launch a so-called iPad mini at such a high price when the main competitors deliver what this segment want, a lot less cost, and looking at the expected iPad mini size also confuses considering it could be just 2-inches smaller at 7.85-inches. This is way too close to the full-sized iPad, so either these rumors are wrong or Apple knows something we don’t, which considering their track record it seems the latter could be the case.

Apple’s iPad mini price should start no higher than $249 — while this iPad mini price point would be higher than the introductory prices of competitors, it would be understood a little considering Apple’s popularity and the need of iOS 6 for some people that have invested a lot into iOS apps and movies on the iPod touch and iPhone, but now these people might want an iPad at the right price.

The consensus among technology blogs is an iPad mini starting price of $329, which is thanks to a number of leaked images that point towards this possibility. This is way too high in our opinion if Apple is serious about moving thousands of Android tablet owners towards their new iPad mini, unless Apple believe their popularity is enough at almost any iPad mini price.

The iPad mini size — considering Apple has an iPod touch 5G and iPhone 5 at 4-inches, extra length than width, you’d think that jumping up almost 4-inches to an iPad mini sized at 7.85-inches could be too much? Then Apple has a 3rg generation iPad at around 10-inches, so the ideal size for the new iPad mini would be no more than 7-inches in our opinion. Again it will be interesting to see if the rumors of 7.85-inches are correct, and if so then why did Apple decide this is the correct size for the iPad mini? 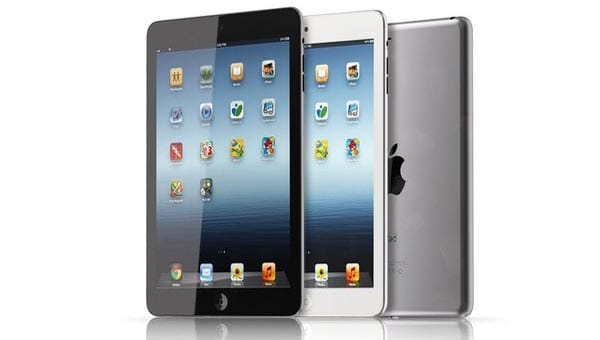 What do you think the iPad mini starting price and size should be? We have just over 2 hours until the keynote start time, so we don’t have long to find out unless there is no such thing as an iPad mini, then that would make some people laugh very loud. You can see a few leaked pictures here that point to a new iPad 4 as well today, or at least a refreshed 3rd generation. You can see some iPad mini renderings in this article with a link to the guy that designed them, Martin Hajek, and also the same article looks at the expected iPad mini release date.