While there are still several months to go until Apple shows its hand with the new iPad designs, there seems to be a great debate as to what the design of the iPad mini 4 should be. However, some recently leaked images might have put that debate to rest — if the real deal of course.

From what we can see in the photos thanks to NowhereElse, the casing for the 4th generation iPad mini could be a little similar to the Air 2. However, upon closer inspection it would seem that the iPad mini 4 design is worryingly the same as the current model. 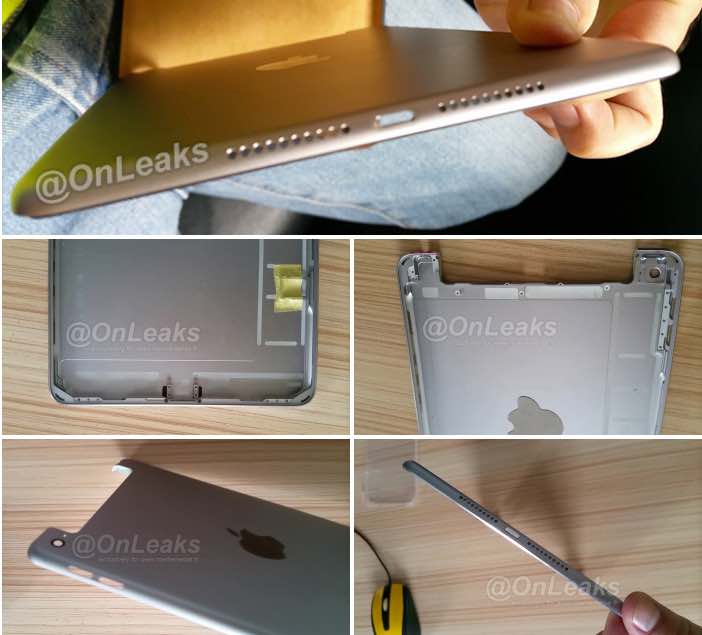 If you do take a closer look at the images you will see that while it does have the same speaker grilles as the iPad Air 2 and is said to be thinner, it looks pretty much the same thickness to us. Not only that, but it seems to have the very same chamfered edge design.

Let’s not get too negative just yet though because it is always hard to tell these things from early images. However, if it was to have the same proportions and bezel design, then we have to wonder how popular this will be once revealed in October?

To give you a better idea of how it looks we have embedded a video of the casing below, and so you will be able to draw your own conclusion as to whether you feel we are truly looking at the iPad mini 4th-gen casing or not.