Apple is excepted to hold its annual iPad event in October and one device expected to be on show is the iPad mini 4, even though all our attention will be on whether Apple will release the much-rumored iPad pro.

Going back to the iPad mini 4, and new 3D CAD images that have been made into a video below shows off its design. You can see that things are almost the same in terms of its design, although there looks to be one slight change to the dimensions, and that is its thickness.

According to @onleaks they report that the iPad mini 4 will be the same thickness as the iPad Air 2, which is 6.1mm, compared to 7.5mm for the current version. While this may sound good to some of you, there are also a few skeptics. 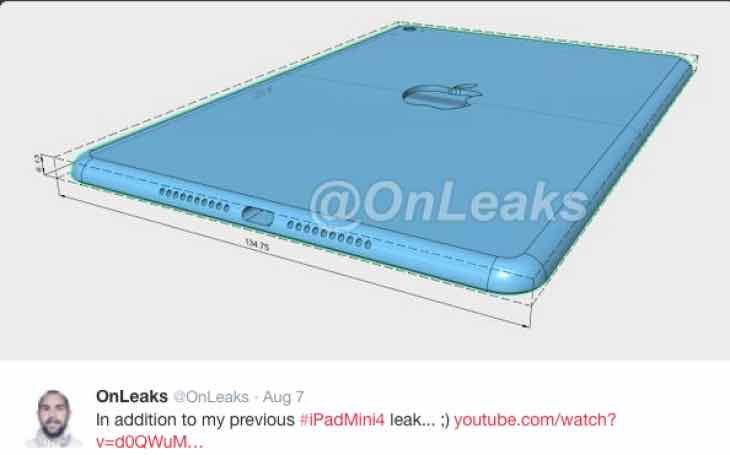 Most people that own one of the smaller iPads believe that the current version does not need changing, albeit just a little performance boost. However, the worrying thing is that with the pint-sized iPad having about 1.4mm shaved off its thickness there is a fear that we could soon see headlines of iPad mini 4 Bendgate.

Apple are no strangers to some of their devices bending for being too thing, even some iPhone 6 Plus owners reported their handsets were bending, and so news that the iPhone 6S Plus is to be made slightly thicker will come as a positive sign.

Do you wish for the iPad mini 4 to be made slithy thinner, and if so do you think Apple will be able to counter those bending concerns?