Speculation about the next generation of iPad is growing, and many people are looking for several improvements on the hardware when the device eventually becomes available next year. A front facing camera is amongst some of the rumored new features, but one new upgrade that could be difficult to have is a Retina display.

Fred Straker of The iPad Guide is reporting that according to calculations by Ryan Block, a 9.7 inch iPad screen would exceed the capabilities of current mobile device technology. With the iPhone 4 having a smaller screen, the 330 pixels per inch works well with it. The Retina display has 614,000 pixels at 960 x 640, and each pixel has to be rendered.

Processors to power the display graphics are the same in the iPhone 4 and the current iPad, and the iPad display has 786,432 pixels at 1024 x 768. To have a Retina display on the iPad would mean a massive number of pixels, which would mean the processing hardware would be overwhelmed. To achieve a Retina screen on the iPad it would need 2560 x 1920 = 4,915,200 pixels. 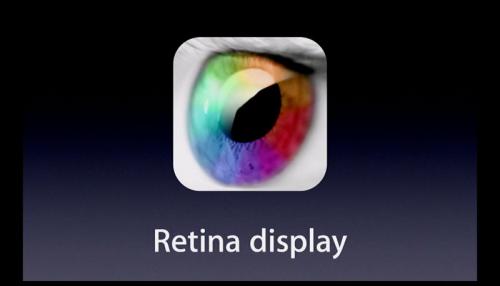 Compare that to the Apple 27-inch Cinema Display which has 2560 x 1440 = 3,686,400 pixels. Current technology just won’t be able to achieve that amount of pixels on a mobile device, but Apple have surprised us before and may have some super low power graphics processor up its sleeve.