The iPad demand shows no signs of slowing down in 2011, even though there will be tough competition from rival tablet PC makers. We already know that Apple has started to lose some of its market share, even though sales have not slowed. However, things could be about to change, as there could soon be a touch panel shortage.

The reason for this is because Apple has acquired over 60 percent of all touch panel capacity, which means that their tablet challengers will begin to struggle. There is no fear of the top players like Motorola, HTC and RIM etc having any issue, but second-tier companies will.

There are those who will say that Apple has done this to stop smaller rivals from taking too much of their market share, but according to DigiTimes, this is not the case. Apple has committed themselves to shipping 40 million iPad’s in 2011 — including the iPad 2 — so they need to have a vast stock of these touch panels. 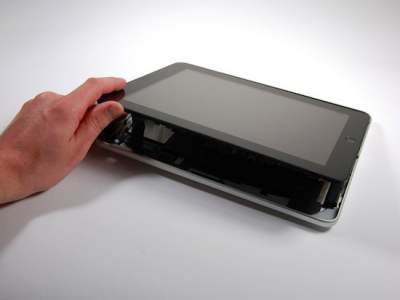 There will be two outcomes to this, Apple’s sales of their tablet will grow, while competitors sales will stall, unless they can find another solution. The likes of Samsung will not be affected by this as much, as they have not gone to one of the major suppliers; instead sticking with a small company.

Library Journal has pointed out that if it were not for the iPad in the first place, then we would not be having this issue right now. They did not say that directly, but what I took from their article was the fact that the iPad was the catalyst, as these vendors should have offered their tablet devices to consumers last year; instead there is now a tablet frenzy and we are now feeling the aftershocks following MWC 2011.

Is Apple right to hoard all these touch panels for their iPad?