The first few days after installing iOS 8 onto the iPad Air users were bound to experience battery drain issues following the update, as this is usually the time they spend playing around with all the new features. This was the same with us, but with it being almost a week since its release, people should now be using their iOS devices normally once again.

iPad Air iOS 8 battery drain continuing after last weeks upgrade — It would seem that iPad Air owners are still experiencing problems with battery life, as some have said they can actually see the battery indicator falling before their eyes.

We know this has been the case with the iPhone 4S, 5, 5C and 5S, but the problem has to be very bad to see the indicator drop on an iPad Air so fast. 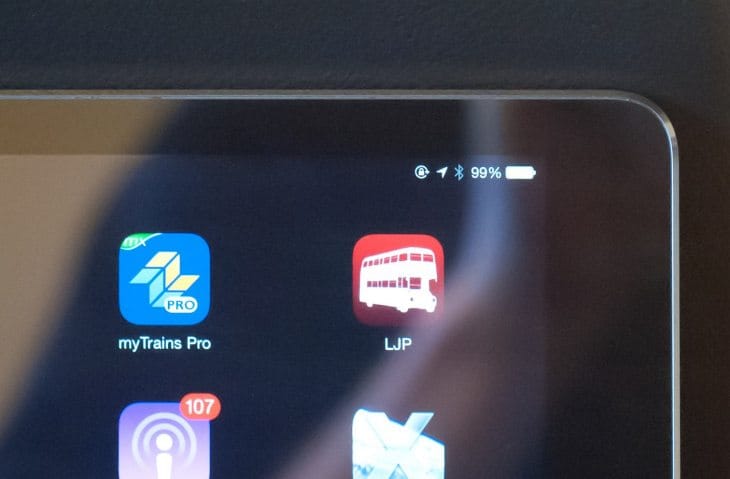 Several of our readers have tried many different fixes, although with mixed results. The first thing was to try a soft reset, and failing that a hard reset. This managed to work with myself on the iPhone 5 (my iPhone 6 had to be sent back due to a crack on its screen) but this did not work on my iPad Air – maybe I should have waited for iOS 8.0.1.

Another suggestion to help conserve iPad Air battery life is to turn off Handoff, although it gets a bit silly when you have to start switching off these new features. Having said that, if you don’t need to use it, then it doesn’t matter. Several Product-reviews readers have said turning off Handoff did not help with battery drain.

Apple has admitted to having issues with battery life in the past, and so you would assume this would have been resolved, but it is the same issue time and again. It is no secret that I love my Apple products, but charging up devices like the iPad Air far more frequently than before is not a sign of progress.