Earlier on we took a look at how the Galaxy Tab S 8.4 matched up against the new Nexus 9 from Google. Now though, it’s time to look at a battle of the big boys with an iPad Air 2 Vs Samsung Galaxy Tab S 10.5 review for superiority.

These are obviously two of the most popular 10-inch tablets available on the market at the moment. Samsung seemingly has the upper hand too, as we’ve seen some frantic price cuts appear on the majority of their 2014 tablet models this week from places such as Amazon.

With this in mind, most of you want to know the answer to the age-old debate on whether the iPad Air is better than a Galaxy Tab. With the Galaxy Tab S 10.5, you’ll be pleased to hear that it stands up as an formidable opponent against the might of the iPad Air 2. 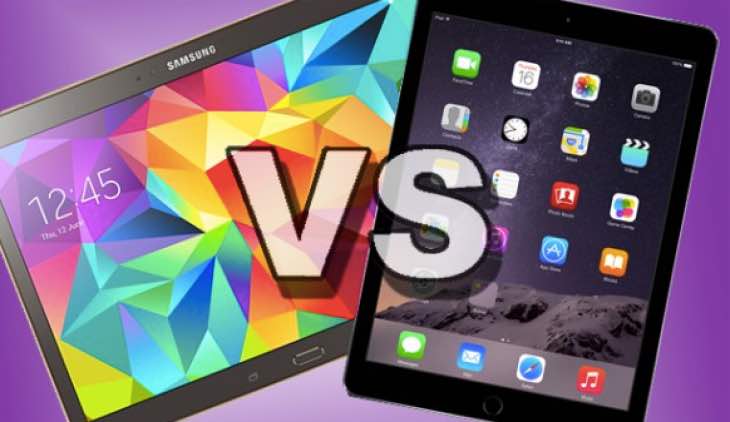 In comparison, the iPad Air 2 upgrade offers the Apple A8X processor which is reportedly three cores at 1.5Ghz each. Then there’s 2GB of RAM, a 1536 x 2048 pixels ‘Retina’ resolution, graphics also powered by the A8X chip and Apple’s Touch ID fingerprint sensor.

Simply put, both tablets are at the top tier in terms of specs and performance right now. If you are considering buying one but don’t know what to choose, the excellent 12 minute review comparison below should help you out.

Watch the video and tell us which tablet you think is the best option. Is Apple still king due to ease of use with iOS 8, or has Samsung managed to dethrone Apple with their Galaxy Tab S 10.5 tablet?