As it stands the iPhone 6 could make use of a sapphire screen, which will not only be tougher, but can also resist scratches. The only downside with a sapphire screen is that it is around ten times as expensive as Gorilla Glass, which could be a bit of an issue for the next iPad Air.

There have been several suggestions that the iPad Air 2 could also come with a sapphire screen, but where Apple can swallow the increase in cost for a small display on the iPhone 6, it is a lot tougher for such a larger screen on an iPad.

You can see that this will be a huge dilemma for Apple because an iPad Air 2 with sapphire screen will affect profit margins. Having said that, 9to5 Mac has learned that new manufacturing techniques have helped to reduce the cost of the sapphire screen, but it is still far more expensive than Gorilla Glass. 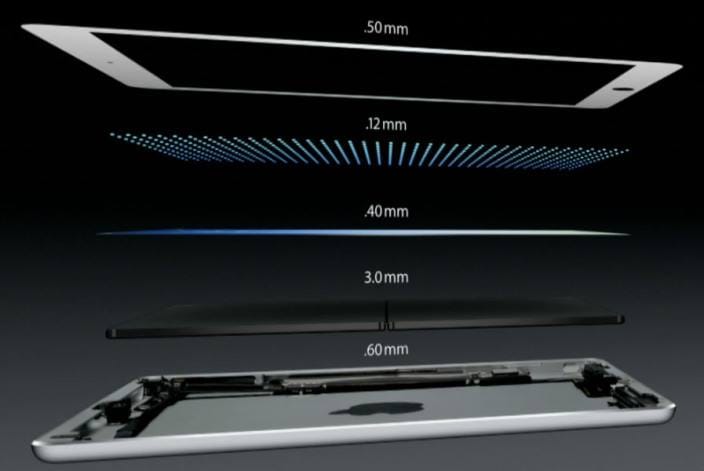 Okay, so we know that Apple can afford the extra cost considering how much profit they make on each iPad, and just imagine increased interest in an iPad screen that is scratch resistant.

Personally, we feel as though this is unlikely to happen because while it is possible that the iPhone 6 will get a sapphire screen, the 2014 iPad Air will not. Not only because of the issue of cost, but also the fact that the iPhone is more prone to scratches because of being taken in and out of pockets and purses and so often rub against keys. iPads are generally treated much better and are less likely to come into contact with keys et cetera.