When Apple launched its iPad 2 last month there were skeptics out there that did not think it would be too popular, but as always Apple goes ahead and proves them wrong. The new tablet has proven so well, so much so that shipping had slipped for a little while, although things are pretty much back to normal once again. Seeing as though the iPad Air 2 has now been available for a few weeks we thought it was a good enough time to see what people’s opinion of them were.

iPad Air 2 review roundup – In order to gauge an idea of people’s views we thought the best place to look was on YouTube, as there are a good selection of hands-on reviews to help give us a diverse opinion. We know that everyone has different things to say about Apple’s latest and greatest iOS tablet to date, and so we have embedded four videos for your viewing pleasure below. 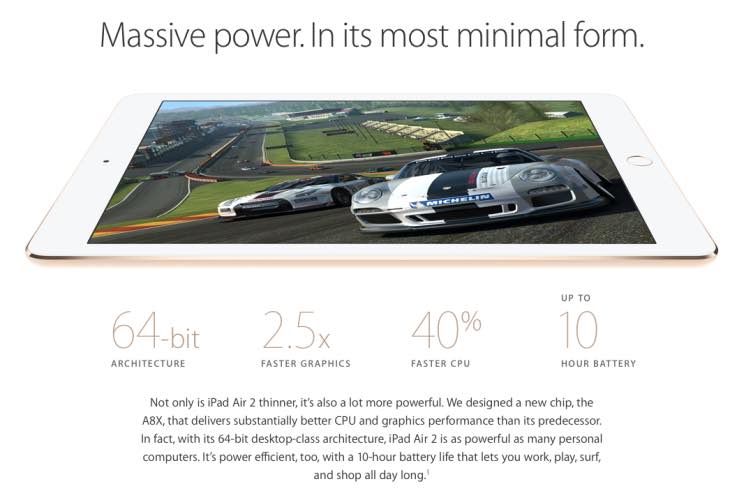 The first video has a running time just over 20 minutes and goes into great detail, although you have to put up with a funny sound in the audio. The first part of the review looks over its design and how it compares to a Samsung equivalent, and then leads into the latest features that Apple has packed into the new model.

In the second video, which runs for 10 minutes, it first talks about how it is tough to make out the changes in the design of the new model when the older model is not placed next to it. The third video may not be the longer, but it is one of the better ones, simply because we like the reviewer. This video makes a point that the tablet market is very crowded, and so looks at whether we should part with our hard earned money.

The final video is a little different because it is a hands-on review of Apple’s new tablet running Asphalt 8, Modern Combat 5, and Essential Anatomy 4 to learn how much the graphics performance has evolved.

We hope these four reviews help make you come to the right decision.