One of the biggest WWDC 2014 announcement that we saw hours ago was the fantastic confirmation that TouchID will now work with third party apps. This opens the game up to so many possibilities with all of your favorite apps potentially using TouchID logins with fingerprint, killing off passwords for good.

With the iOS 8 release date set for this Fall, it also means one amazing prospect to look forward to – the iPad Air 2 and iPad Mini 3 with TouchID on third party apps.

Just think about that for a second: Facebook, Starbucks, Gmail, Hotmail, Skype, Snapchat and so much more could now all utilize the TouchID login system for greater security.

All of these popular daily apps will need iOS 8 updates to add support for Touch ID and remember that Apple already demonstrated live during WWDC 2014 how TouchID support will be coming to the Mint finance app. 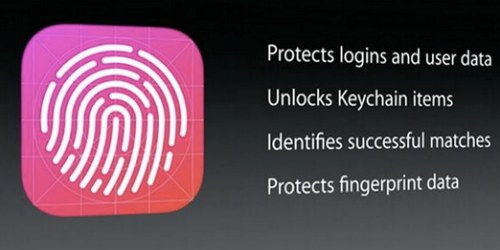 For us it was one of the standout highlights of the entire event and it will really hit home after the Summer when third-party app developers form an orderly queue with TouchID announcements.

How important is it to you to be able to buy a new iPad 2014 tablet later this year and log into most of you third-party apps with TouchID fingerprint scanning?

Apple has won over a lot of consumers after WWDC 2014, that’s for sure.