Apple are due to unveil their new iPad tablet models for 2014, but it looks like once again the secret has been spoiled before the event can even begin. This time however, Apple appears to have leaked their unannounced products in spectacular fashion and you can now get a good look at the upcoming iPad Air 2 and iPad Mini 3 hours in advance.

We told you in an earlier article that the Apple event start time is officially set for 10am Pacific Time, as usual. During the event, we had expected Apple to unveil their new iPad models but now we know that it will be happening as a certainty.

Some unfortunate employee within Apple has slipped up by revealing the iOS 8.1 user manual on iBooks. In turn, this has produced early images which show the new iPad Air 2 and iPad Mini 3 models – meaning that they will indeed adopt those monikers as widely tagged online. 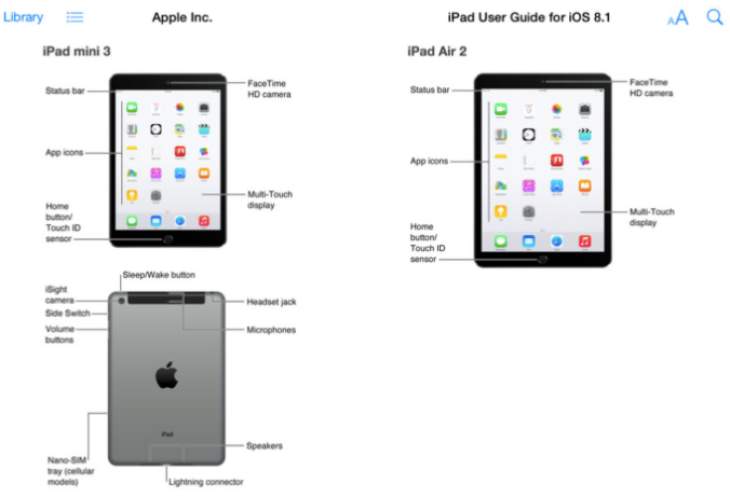 The screenshot above shows you Apple’s almighty gaff in the flesh and we can see that the image showing the new models has now been removed by Apple hours later.

It almost feels like an anti-climax again. We knew that the iPads were coming, but we still like to see some surprises with each Apple event – now it feels like that element has been taken away from us from the most unlikely source.

Let’s hope that Apple are saving another of their ‘One more Thing’ moments to unveil a new Macbook Air 2014 model – that would be rather special if it happened.

Just hours to go until the event now, did you spot the leak as well and are feeling like the excitement factor has gone?