You only need the 6th generation iPad, or Air 2, to be so thin and recent leaked parts tell a different story to what some blogs are making out to be an even thinner tablet by Apple in 2014. In our opinion, the iPad Air 2 size will be around the same but will fix battery life problems that top some wish lists.

The current 10 hour iPad battery life is impressive and is enough for most users, although it is no secret that battery drain or juice on most gadgets leaves a lot to be desired. If there’s one area where technology hasn’t grown as fast, it would be the batteries of our everyday gadgets that need to last many hours while we’re entertained.

Apple iPad Air 2 integration for battery life – the picture below arrived in our inbox as a tip pointing to a website called One More Thing, although the email claimed that the next iPad Air will be thinner. We took a look around popular forums and a few blogs that covered this story already, and most consider the leaked photos to point to a thinner form factor rather than anything else. 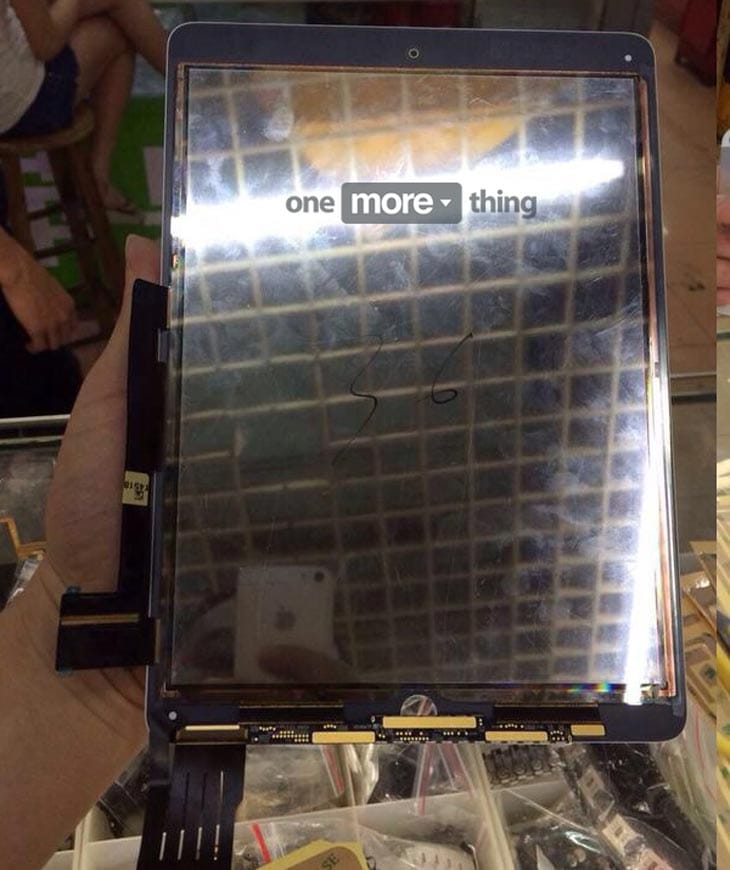 In fact, even One More Thing point out the obvious that adding the LCD layer in the glass would leave room for Apple to either add improved specs or better battery life. From the leaked display pictures we can see a 9.7-inch screen will remain and knowing Apple, they will opt for adding something extra rather than making the iPad Air 2 thinner and top of the list is likely a bigger battery for more life.

Would you prefer a thinner and lighter iPad Air 2, or do you think the extra space should be used for a bigger battery for more life?

The desire for what this space should be used for will depend on how you use Apple’s tablet, so leave a comment below with what you think Apple will do if these leaked parts are real and also what you would like to see happen with the iPad Air 2 specs.

There’s also another point to consider, and this is whether Apple should release an iPad Air 2 or a 6th generation redesign. Some people want the design to stay the same, but others feel like a big change is needed with a number of extra features or even a bigger screen size.