Even though the iPad Air 2 will not be released until later this year, October being the most likely month of release, it is no surprise that we have already started to see a few mockups doing the rounds. From what we have seen so far, the changes to the 2014 full-size iPad will be subtle, although just enough to warrant some iOS users upgrading to the newer version.

Even though the new version will technically be an iPad 6 because it being the 6th generation model, it is more than likely to be known as the iPad Air 2 and we have come across a video that looks at the new mockup.

iPad Air 6 (Air 2) vs. original iPad Air — The video that we have embedded for you below looks at the new dummy unit of the upcoming iPad Air 2 and puts it up against the current Air to see just how different they are in terms of design. 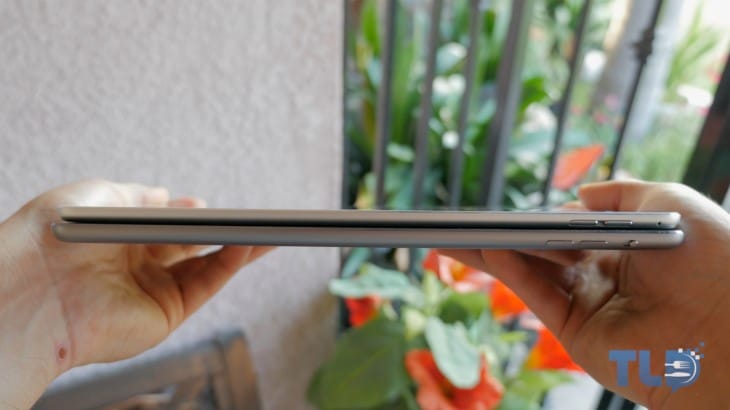 We have already seen a few images of this last week, but it is far better to see it for yourself with a video, as it seems to make it more real, even though it is not.

Size wise, they are both the same, although the iPad Air 2, or iPad 6 as some people will call it seems to be thinner than the current model, although this might not end up being the case seeing as though dummy models tend to be slightly thinner because they have no hardware inside.

There are some subtle changes between the two though, such as the Touch ID button and differences to the volume buttons to the side, as well as the rotation lock switch now being missing. We know that many of you use this all the time and by doing away with it could lose Apple customers, but what’s wrong with using rotation lock in the control center?