Are you still finding it hard to make a decision between the Apple iPad 4 and Microsoft’s new Surface tablet? The general consensus is that the Surface appears to be a lot better than consumers had expected, but the one area that Microsoft may be vulnerable in for the moment is software, an area which you’ll know that Apple excels in.

We have a series of videos to show you now, giving you yet another glimpse at both devices up close and personal if you have yet to see a video review of one. One key question that a lot of consumers ask when picking up a tablet, is whether it can withstand significant damage from a fall or not.

The first video we have for you gives you a straight answer to this, as there are already numerous ‘drop’ videos for the Microsoft Surface emerging online, confirming that it definitely can take a beating if you accidentally drop the device. This is due to the combination of magnesium and aluminum materials used on the Surface and although the iPad 4 isn’t out yet, we have a feeling that Microsoft could be the clear winner in this category. 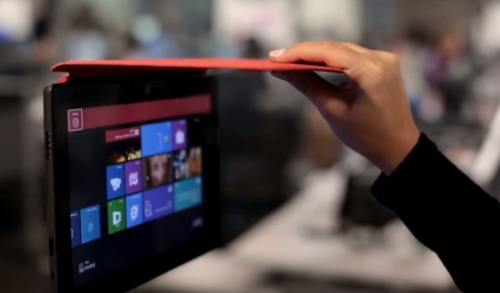 Having said that, software is very important on a tablet device and certain concern has already spread among early adopters, who are unhappy with the lack of incompatible apps that don’t have support for Surface yet, with a free copy of Microsoft Office unlikely to win consumers over.

The iPad on the other hand has no such problems in this area, with millions of apps available from the get go – making it easy for those who want to pick up the newest tablet on the market that has the most content available straight away. With the innovative design for the Surface though, Microsoft has given consumers the very pleasant conundrum on whether the Surface is still better than the iPad or not.

Apple seems to be happy keeping the same design formula over and over again, but it works for them. If you are someone who likes to pick up the ‘best looking’ devices each year, then again we would have to say that the Surface looks like the more stylish out of the two – especially with all of the changeable colors available.

Take a look at the series of videos below and let us know your own opinions on which tablet is better. Have you already pre-ordered either the Surface or iPad? If so, let us know what you chose and why you came to that decision.