The Apple event couldn’t have surprised us more with an iPad 4 and mini release date within a matter of days, and the crazy part about that is a 6 month product cycle for the full size iPad, which will certainly make some 3rd generation owners angry. Today we wanted to show you some screenshots from the event yesterday, which also detail some important features and of course the iPad 4/mini pre-order and release dates.

Apple revealed the list of countries that will see a release date first, and these can be seen in the screenshot below that we took during the Oct 23 event. You’ll see that the United States and UK are obviously one of the first to see the iPad 4 and mini launch, but also a growing list of countries for an initial launch. These also include Liechtenstein, Netherlands, Australia, Czech Republic, Germany, Hong Kong, Korea, Italy, Slovakia, and many more seen below. 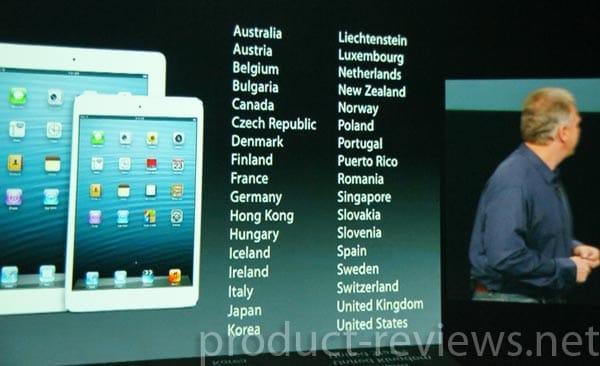 Both the Apple iPad 4 and mini will go up for pre-order this Friday, Oct 26, and this date will surely see shipping times slip pretty fast as with most Apple pre-orders, so if you want one early then you need to place the order right away. You can see two dates in the screenshots below, which show when Apple announced the pre-order and release date for the Wi-Fi iPad 4 and mini. It is worth noting that Apple Retail Stores will be open from 8am to take orders on Nov 2. 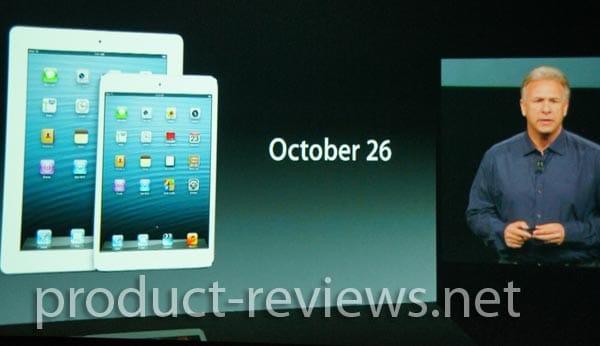 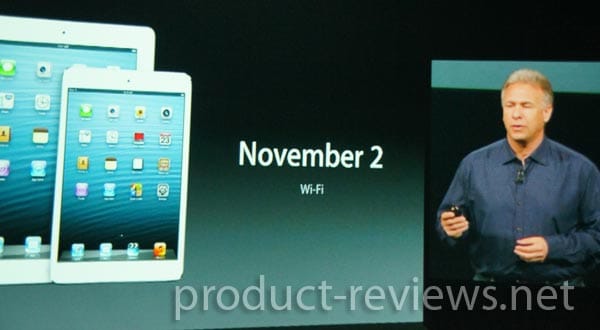 If you’re interested in the Wi-Fi plus Cellular option than you’d need to wait another 2 weeks before you can get your hands on one, and this goes for both the iPad 4 and mini. They should see a release date in mid November, which had been explained at the event along with the reach Apple has with 3G/4G carriers as seen in the images below. 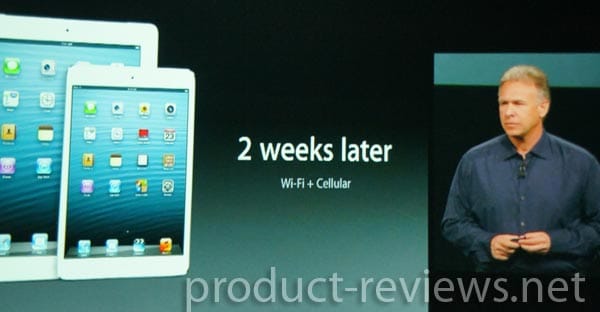 The image below is a screenshot taken during the event that compares the prices for iPad mini vs. iPad 2 and the iPad with Retina display, or also known as the 4th generation iPad. These prices take into account the different storage sizes, 16GB/32GB/64GB, and the options of Wi-Fi only or also with a Cellular option. 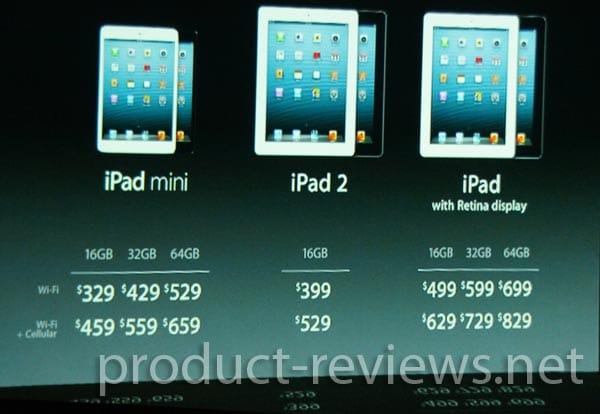 You can see the iPad mini and iPad 4 back-to-back in the image below, and this clearly shows the difference in size between the two tablets. The image after this shows the iPad 4 and mini screen ratio compared, which is exactly the same and this means much better app support that’s more painless for consumers and developers. You’ll also see another image showing the iPad mini held in one hand at the Apple event, again something that hadn’t been easy with the 10-inch version although is possible with a 7.9-inch iPad mini. 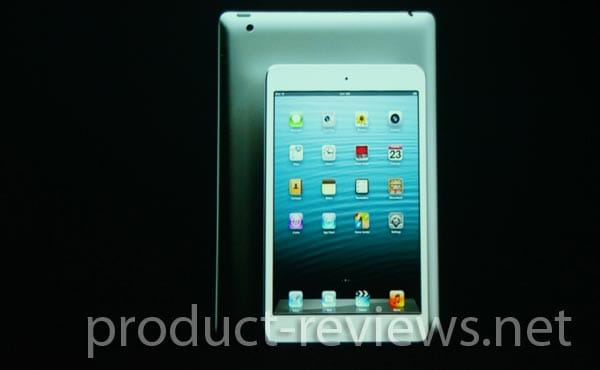 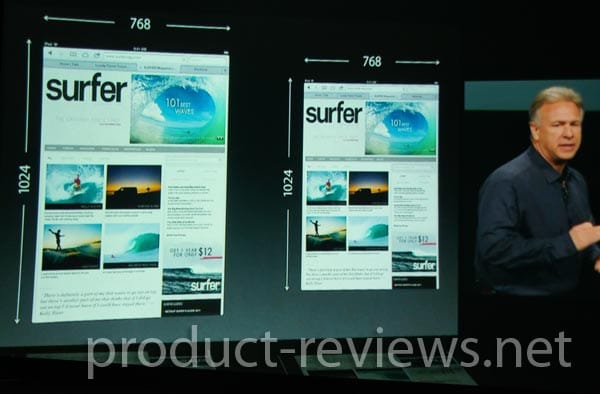 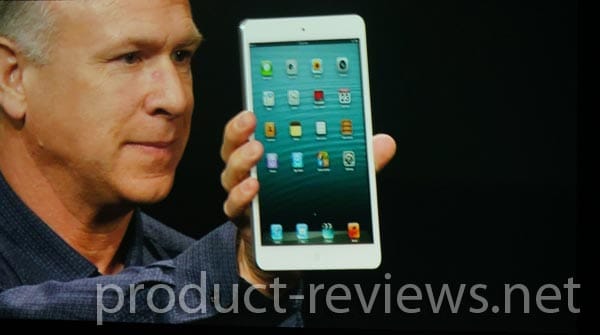 Is your country part of the iPad 4/mini rollout in the next couple of weeks, and do you have a preferred model?