As with every major new device that is scheduled to release, the rumors during the build-up is what adds to the anticipation. Usually these rumors have little or no evidence to back them up however we have one here today involving the iPad 3 that actually would make perfect sense when linked with another rumor concerning the Apple tablet.

Since as early as the launch of the iPad 2, iPad 3 rumors have been circulating the internet. We previously brought you news that the company was and still could be contemplating giving the device a LED backlight display. This is thought to be to accommodate for the new pixel resolution the tablet is rumored to feature. If the rumor is true the device’s new hardware could consist of either two separate LED light bars or a single LED backlight with two chips.

The LED backlight display rumor is what also leads us to believe the latest rumor could also be true. That is the iPad 3 is to be about 0.7mm thicker than the iPad 2, so as to accommodate for the new hardware that it is expected to have. According to iLounge, the same trusted source that is suggesting this new thickness is also signifying March 2012 as the release date for Apple’s next generation tablet, claiming we will see an unveiling as early as January.

The source also told iLounge to expect body changes to the next MacBook Pro and the next iPhone, claiming that the new MacBook Pro will be thinner than its predecessor, while the new iPhone will have an aluminum chassis, be 8mm longer than its predecessor and will feature a 4” screen. Of course nothing official has been announced about any of the changes concerned above so we will just have to wait and see. In the meantime we can make up our own mind about which rumors we choose to believe. Which rumors do you think will be true? 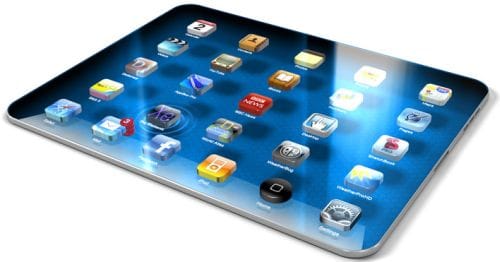