We have some exciting new developments to bring to those of you who have been following news on tablet wars. With the release of the iPad 2 expected in the early half of the year, what will it mean for other manufacturers wanting to bring out their new tablets. We find out what Asus have up their sleeve.

In an article at Tom’s Guide, they write about the recent interview by IGN News with Jonney Shih, Asustek’s Computer Chairman. In this interview he’s reported to have said that Asus have a ‘secret weapon’ when it comes to competing with Apple’s iPad and plan on releasing it when the time is right. See what Tom’s Guide also found when they posed the question of which trends we can expect to see fail in 2011.

Earlier this year, at the International CES in Las Vegas, Asus unveiled four tablets. With the iPad 2 due out so soon after, IGN asked the Chairman whether he thought it would make their new line obsolete. He replied simply that they already know information about Apple’s device. Such as the processor and have therefore chosen theirs carefully, selecting to use the Nvidia Tegra 2. 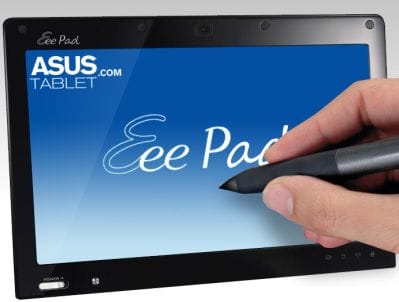 As we already know, Nvidia are a well-known GPU manufacturer. The Tegra 2 being their latest design suggests that Shih’s ‘secret weapon’ will provide better graphics than the iPad 2. The whole interview can be read at Computer World.

Do you think other manufacturers’ tablets such as Asus’ can compete with Apple’s iPad 2?