During WWDC this year we were offered a list of deceives that would support iOS 8, and on that list was the iPad 2. Seeing as though this tablet is getting on a bit it seemed strange to people that it would still be supported. It’s for this very reason why a small percentage of owners decided to hold off updating, and even though iOS 8.0.2 has been released, they are still holding off.

iPad 2 update to iOS 8.0.2 – Some people are not updating their iPad 2 after reading Apple support pages because problems are still ongoing. We know new versions of iOS always have issues, but iOS 8 seems to be one of the worst, and so there is hope that iOS 8.0.3 will help to resolve many of these – although we would not hold our breath. 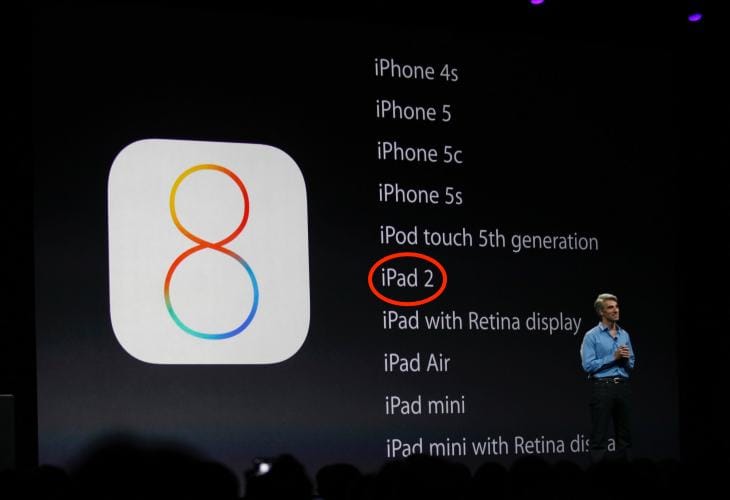 To be on the safe side, it is always best to check forums to see what issues people are having, so don’t update on day one.

Some of the issues – One owner now has an iPad 2 black screen after the iOS 8 update, and when it did manage to work the battery was dead in hours. The tablet worked perfectly before updating. Another person decided to update to iOS 8.0.2 because Apple said it would resolve many problems, but it killed his iPad 2. He has tried to reboot, but nothing helps.

We are also hearing the iPad 2 camera doesn’t work after the update, as it keeps crashing. The tablet as a whole is now sluggish, and even a restore does not help to speed things up.

With so many reports coming in you have to wonder why Apple did mot make the decision and tell people the iPad 2 is not supported by iOS 8? Failing that, a heads up of these issues would be nice. Apple knows many iPad 2 owners are having problems, as they can see this on Apple Discussions, and so they could have advised people to hold off even trying to update to iOS 8.0.2. Come on Apple techs, get with the program.