While you are probably still scratching your heads over a possible release delay for the highly anticipated iPhone 5 handset from Apple, there is also talk that the second generation iPad, aka the iPad 2 has been delayed until the Summer – but why?

If you missed the moment the news first broke, an analyst with Yuanta Securities revealed that Apple may have run into production problems with the iPad 2, forcing them to delay the release of the iPad 2 from April, to a new shipping date in June.

This information could turn out to be completely untrue if Apple’s rumored event takes place on March 2nd where they could put the rumors to rest and announce a second generation tablet.

Before this happens though, an article we’ve found over at eWeek has listed a possible 10 reasons why Apple has had to delay the release date of the device – reasons which differ to the production problems claim.

They have boldly stated that Apple may in fact be scared of the competition that their device is now facing, after seeing what Motorola and Samsung are offering with their dual-core equipped Xoom and Galaxy Tab 10.1 devices. They mention that the iPad 2 ‘ might not cut it’ and that Apple may need more time to deliver a product which can compete in the market more effectively.

An interesting claim for sure – what do you think about it? Personally, we don’t think thats the case here. Apple has suffered from well documented production problems in the past (i.e white iPhone 4), so it wouldn’t surprise me if that ends up being the genuine reason behind the delay. 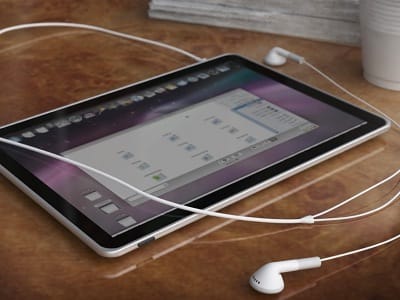 We still think the iPad 2 will be equipped with a dual-core processor, as anything other than that will not be good enough and Apple knows it. Only Apple themselves can answer all of these rumors, so we’ll all have to hang on until March 2nd. Check out eWeek’s article for 9 other possible reasons behind the iPad 2 delay.