Tim Cook has only been at the helm of Apple for one day, and already has tried to ruffle a few feathers. Steve Jobs stand-in — possible for good — has finally confirmed that they are working on the iPad 2, and said that other alternatives to their tablet poses no challenge at all. Brave words, but what does he base this on?

He believes that there is currently no decent alternative to the iPad, Windows or Android. The only real contender to the iPad is the Samsung Galaxy Tab, but Cook said that it is an Android OS that has not been designed for use with a tablet device, Pocket-lint reports that Cook said that the Tab is like a “scaled-up smartphone”. 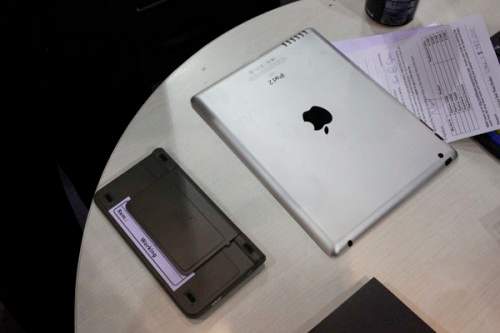 The Apple COO also believes that the bunch of tablets that were seen during CES 2011 still lacked in performance — not sure what he means, the BlackBerry PlayBook certainly looks to have more than enough power? However, Cook could be talking about in comparison to the upcoming iPad 2, as there has been suggestion of a dual-core processor, but not sure on the RAM though.

Mobile Entertainment has covered a piece on a Q&A with Tim Cook, and it was then that the iPad discussion began. He also gave us a little insight into the possibility of other CDMA carriers getting the iPhone — now that would make 2011 the year of the iPhone would you not agree?