We have known for a while now that Amazon has been wanting in on the tablet market, but from what we can see the iPad 2 will not be sweating at the latest contenders, the Amazon Coyote and Hollywood. The former will be a dual-core while the latter will come with a quad-core processor. So how come Apple will not have to fear these upcoming devices?

Well, according to InfoSync Amazon is unable to offer the kind of ecosystem that Apple can, we have seen this in the past with Amazon MP3 many years ago now. The likes of Sony and Nokia are already working on their own ecosystems when they launch their tablets, but as always they will have to play catch up with Apple.

Let us not rule out these devices though, as Amazon might be able to corner a niche in the market, as they have done with the Kindle. So we know that the Coyote is more of an entry-level tablet, but what of the Hollywood? We have learned from BGR that this will come with the new Kal-El quad-core chip, which as we know is the real name of Superman. 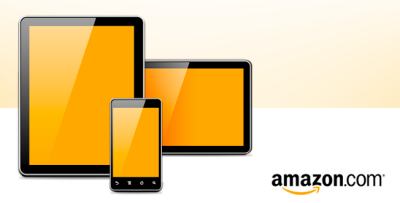 Expect to see the two new tablets devices running on Android — the only choice really — as well as Cloud services integrated. We are truly in for a great battle in the tablet market, one that we hope Amazon will be able to compete in.

Will Amazon be able to compete, or will they get lost along with many others that dare take on the iPad 2 and some of the other desirable tablets?