I can remember in the summer of last year that Wall Street Journal were the first to announce that the Verizon iPhone was going to launch in January 2011, which was only one month out. We are now getting details from Engadget that WSJ has information regarding the iPad 2, and how its new features compare to the current model.

According to the article, the 2nd-generation Apple tablet has already entered production and will not only have a faster processor — possibly dual-core — but an improved GPU, increased memory and a front-facing camera. The rumors of a slimmer and lighter form-factor also look to be true. However, it looks less likely that the display will be improved — so no Retina then?

WSJ sources suggest that the display will stay the same for the new iPad, and that the recent rumors regarding an improvement must have been for another model — maybe the iPad 3 then? Also the new tablet device will not only be available for AT&T but for Verizon as well. This will certainly help Apple in the upcoming tablet wars that are about to commence. 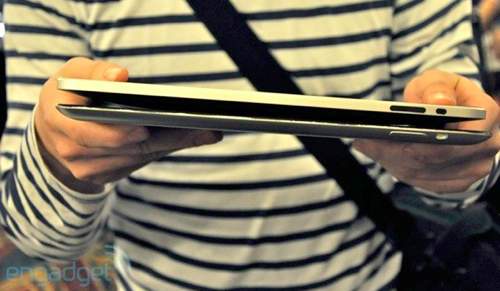 A recent article from OSM by Mike Smith hints on the subject of this battle that Apple will be embroiled in once the big boys release their tablets. Saying that most of them have copied what Apple has done with the form-factor, but will any of them be able to offer something unique as Apple did with the iPad last year?

So it looks as though we now have confirmation of a more powerful iPad, but has Apple done enough to fend off the wolves?