The upcoming Apple iPad 2 appears to be one of the most talked about tech subjects at the moment, including rumors and speculation on its features and release date. Just over the past few days we’ve heard about the possibility of a 1MP camera, a proximity sensor and a retina display.

However, it’s the rumors surrounding the iPad 2’s launch date that appear to be grabbing most people’s attention. According to Ben Camm-Jones at pcworld.com, reports from Taiwan have suggested that the new iPad 2 could be launched sometime in April, and maybe just in the US at first. 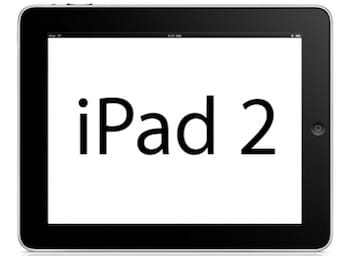 In the meantime, Tim Gideon over at pcmag.com thinks that Apple’s next generation iPad will be launched in early April, but says that the official announcement may come to us in March. According to Lucy over on the applebitch.com website, recent rumors have suggested a February 9th launch date.

However, Lucy seems to think that the launch event will take place on February 2nd. The lack of Flash Support on the Apple iPad appears to have come under fire this week as well, after Toshiba wrote something on their website about iOS users not being able to view the Flash page.

According to a recent article at electronista.com, Toshiba went on to say that if people had one of their tablet PCs, they could enjoy the whole Internet including Flash sites. When do you think the iPad 2 will be launched? What features are you hoping to see on Apple’s new tablet?