By now most of you tech fans will already know that Apple is to host a media event on March 2, 2011 for their 2011 tablet. With just a few days to go we have come across an iPad 2 accurate mock up, and it seems that engineering issues has led to the ugly design and lack of expected features.

The mock up is said to be from a final case for the next iPad and you can clearly see that it is not as sexy as we first hoped. Looking at the images that Ubergizmo got from a Japanese blog you will see just what we mean. What are your thoughts on what the design 2nd-generation iPad tablet?

Engadget has picked up on the fact that a few wanted features will be missing from the new iOS tablet, which is rumored to have already entered production. We already know that the screen resolution will not be increased, but you may not know but the SD card slot is not there either. We expect that this could be a feature on the rumored iPad 3 later this year. 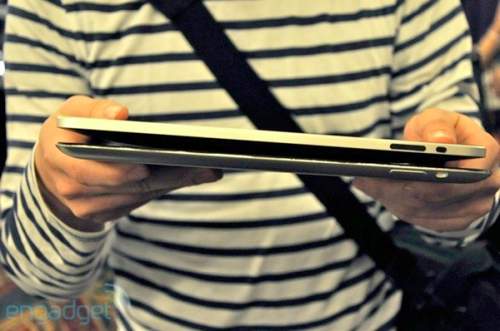 Sources have told Engadget that “engineering issues” were the reason why a few changes had to be made; what these are we may never know. Thankfully it looks as though the iPad 2 will be getting the dual-core A5 processor and 512MB of RAM, but the rest is all guess work.

Do you think that the iPad 2 is really version 1.5, and that Apple will release the iPad 3 as the true second-generation?