We reported earlier that people were having an issue downloading iOS 9, as they were seeing an error message on their iOS devices. However, we have since learned that iOS 9 won’t update via OTA only, and that anyone that updates via iTunes will find the download works fine.

There does seem to be less people moaning about iOS 9 failing now, although we are still having the issue while trying to do it OTA. However, we have since connected our iPhone 6 to an iMac and the install is almost complete, as the download went without any such issues via iTunes. 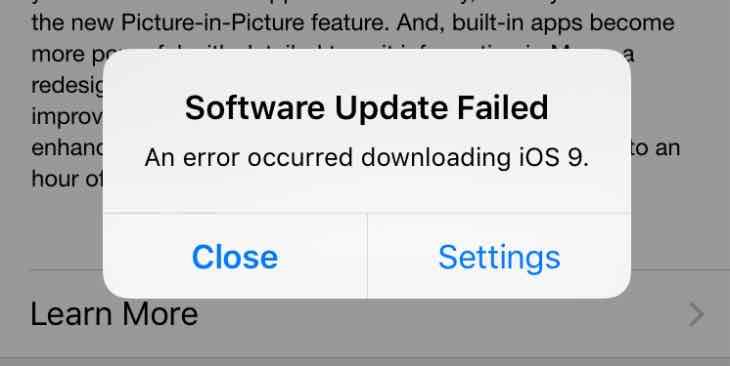 We suspect that Apple will be on top of the OTA issue soon, and so for now you can either connect to iTunes, but if you are unable to, then you will need to play the waiting game.

This is yet another reason why people decide to wait and download a new iOS version a few hours after its initial release, as they know Apple servers will be unable to handle the strain.