With less than five months to go until WWDC, Apple does not have too long to get its act together and give us a mobile operating system we can get excited about. Previous versions have not been radical in their design, and so people have started to hope that rumors of the iOS 9 update concept turn out to not be too far from the real deal.

Ok, so we know that you can never read too much into video concepts, but some of the ideas are plausible and are not too much to ask — just hope Apple deliver.

Concept offers desired iOS 9 features — One feature that would make a welcome addition is the ability to close all apps at once by swiping up in the app switcher. You can already do this in the jailbroken version of iOS 8 thanks to the Sicarius jailbreak tweak, but making it official would save a huge amount of time.

Developers have been using night mode within their apps to make it easier to read text at night, and so it would be great if Apple could include this as a built-in feature within iOS 9. There is also a huge need for the Map app to get a major overhaul, as it has started to show its age.

There are often times when we try to make changes in iOS, but can forget where a certain feature is, and so adding a search feature within Settings could be a very useful tool. 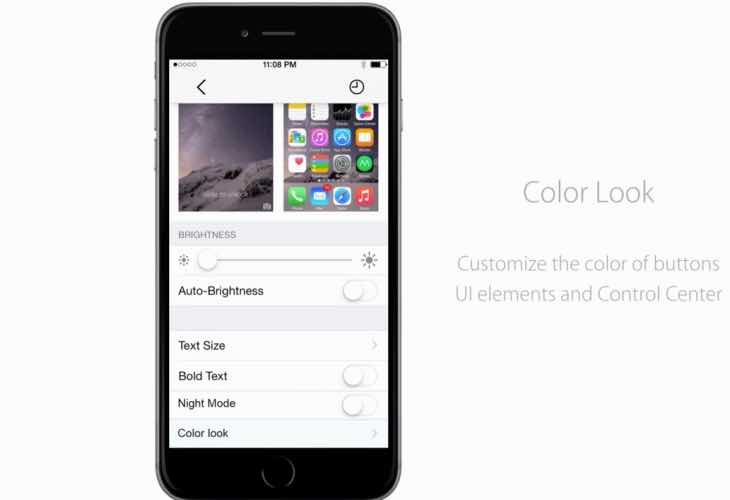 With iOS 8 still looking very much the same as previous versions, the video looks at the possibility of what iOS 9 would look like if it were to go for a Home Screen much like the Apple Watch, so round icons instead of square. This could allow for more icons on the screen, although could look a little crowded on the iPad and make it harder to locate them.

One thing people often complain about iOS is its lack of customization and how you cannot change its look. We know that people do not want to go down the Android route, but having the ability to customize the color with a feature called Color Look could really catch on. Just think, you could choose a color scheme that matches your chosen case or just to make it stand out. We are not too certain if the implementation in the video is the right way to go, but it is a good start.

If you are not too hot on those features, then the second video below offers top 20 features desired for iOS 9, but what would you like to see?