Right on cue we decided to update our iPhone 6 to iOS 9, and after going through the usual procedure of entering the passcode for the phone, and then agreeing to the terms, we selected download and install. However, we were then met with the message “Software Update Failed”, an error occurred downloading iOS 9.

We had already assumed that the iOS 9 download would be stuck or slow, but never even thought that it would have failed at so many attempts. There have been around 10 tries and still the problem persists, and so we have to just play the waiting game. 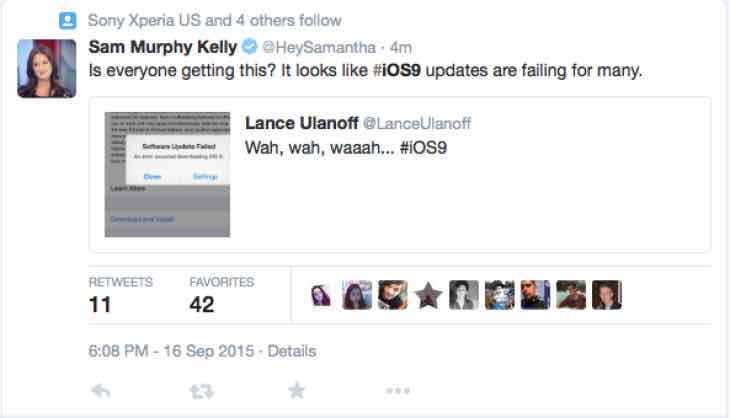 Annoyed iPhone, iPod touch and iPad users have already taken to twitter to express their anger, as this seems like the worst rollout of an iOS update yet. There have also be some sarcastic remarks where people have said, see the “iOS 9 update is going as smoothly as expected”.