There’s just a few hours to go and most Apple fans will be glued to the official website in order to watch live coverage of today’s event. We already know that iOS 9 will feature heavily during the keynote, and other announcements are likely to include the iPhone 6S and Apple TV. There has also been rumors to suggest that the new 2015 iPad range could be announced, although that seems out of sync going on previous years.

iOS 9 GM download today — Let’s talk about what we know for certain, and that is the iOS 9 GM download will be today. Going on past events, the Gold Master version of the new mobile operating system from Apple could be released just a couple of hours after the keynote start time. This would mean we could expect its release around 10am PST or 8pm in the UK, give or take a few minutes, which we have already explained in greater detail. 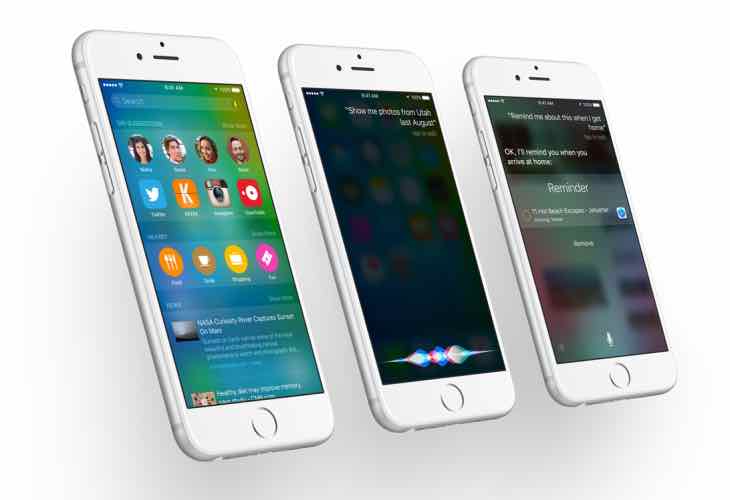 Don’t expect the iOS 9 public release date today, as this usually happens around a week after the September Apple event. Going back to iOS 8 last year where Apple held its event also on Sept. 9th, its public release followed on the 17th, which was one week and one day later. One thing we do know for sure, Apple will not release iOS 9 on the same day as the iPhone 6S is released, as they made this mistake before, and the servers were unable to handle things and so kept crashing

If we are to go by last year, then the iOS 9 public release time could also be on the 17th. However, this will fall on a Thursday this year, and so bearing that in mind, we could see Apple push it forward by a day and release iOS 9 to the public on September 16th, as this will make it a Wednesday, the same day as last years release.

We don’t really know its exact release date just yet, but lets say that iOS 9 was released on either September 16th or 17th, we would like to know if you will be downloading it on the day, or waiting a while for things to calm down?

Update: Apple has just announced that iOS 9 will be ready to download from September 16th.