The iOS 9 over-the-air beta 3 update went live within the past day, as we explained earlier this week following a later than expected release date. We have just started to install the iOS 9 OTA beta 3 download, so it’s not clear how our device will perform and if there’ll be iPad or iPhone 6 battery life drain like with the second beta.

Also, the iOS 9 beta 3 release notes can be found directly be visiting this developer page. We can confirm the file size OTA for iOS 9 beta 3 on an iPhone 6 Plus is 382MB. The download size can vary depending on iPhone and iPad model, so it won’t necessarily be the same for iPhone 6 and iPhone 5S, or iPad Air 2 Vs mini. 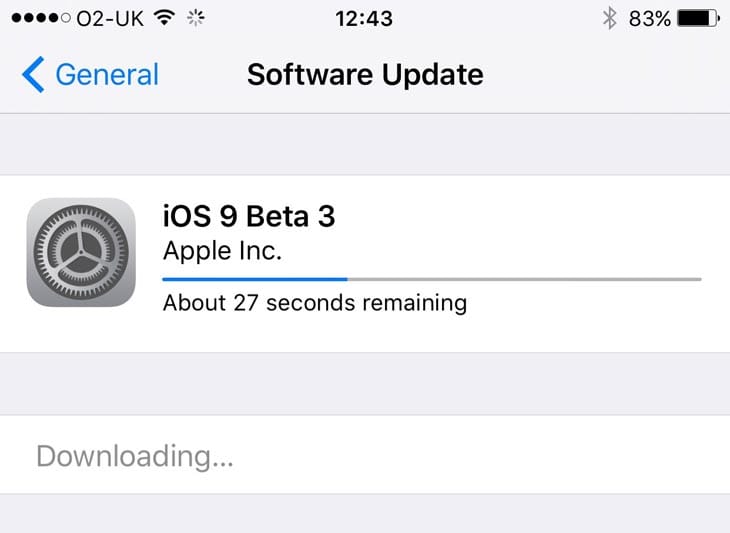 The screenshot above was taken on an iPhone 6 Plus and some are hoping to also get hands-on via a public beta or other means. We have also started to download on iPad Air, although this version is yet to complete downloading at the time of publication. As we mentioned earlier this week and above, you will be able to see the full iOS 9 beta 3 release notes and changelog here right now.

Have you downloaded iOS 9 beta 3 OTA and if so, did your iPad or iPhone install go without problems today? If you had any issues, then leave details and model of device being used below. It’s also worth noting that battery life problems can take place with fresh installs, so you might need to perform a soft reset or fresh install to cure some types of battery drain.