Fans of Apple Maps are set to be in for a treat this Summer, with Apple preparing to introduce a new iOS 9 feature at WWDC 2015 that should make it a lot more convenient when using Apple Maps as opposed to Google Maps.

For those who have been continousouly asking Apple the question on when will Apple Maps have subway, bus and train routes – it looks Apple are finally ready to deliver on this feature at last.

It was rumored to be first unveiled at WWDC 2014, but for whatever reason Apple pulled it according to a report from 9to9Mac. 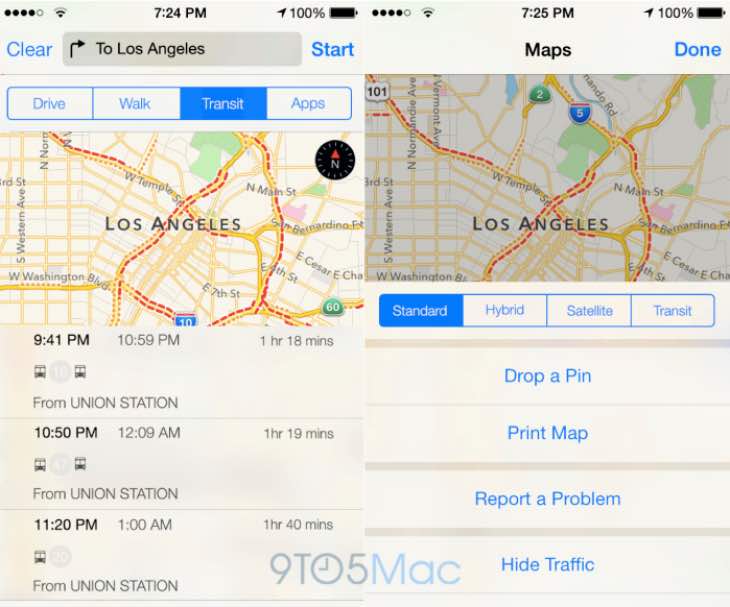 Now though, we’re hearing that the feature is ready and just like Google Maps, you’ll now be able to use Apple’s Maps app when creating your own personal transit route each day.

Screenshots above show how this will work, with the app now displaying transit routes as well as the duration needed for each individual journey.

It goes without saying that many users have vowed never to use Apple Maps again when Google Maps has been so consistent, but Apple are obviously hoping this big update with iOS 9 will change user’s minds.

Are you impressed with the first look at Apple Maps with transit routes in iOS 9? Expect the feature to be unveiled in full at WWDC 2015 which starts June 8-12.