This article has been updated due to Apple doing something a little different with iOS 9 beta 2 this year, compared to the first iOS 8 betas last year, and the major difference in 2015 is the launch of Apple Music. It looks like we could see the iOS 9 beta 2 release date timed with the Apple Music fall launch. See below article for update.

Original Article – Now that two weeks have passed since the iOS 9 download went live, beta 2 should land for developers today on June 22. The first preview came with many bugs like we saw every year with such an early build and these have caused battery life to drain really fast on an iPhone 6 Plus, blue screen crashing on iPad Air and iPhone 6, lagging, and others even overheating in some circumstances that could be unrelated.

The iOS 9 beta 2 release time today is expected to be in the UK evening, between 6PM and 9PM, or 10AM onwards in PDT. This is a prediction based on previous years, but as always the second beta could come at any point today. 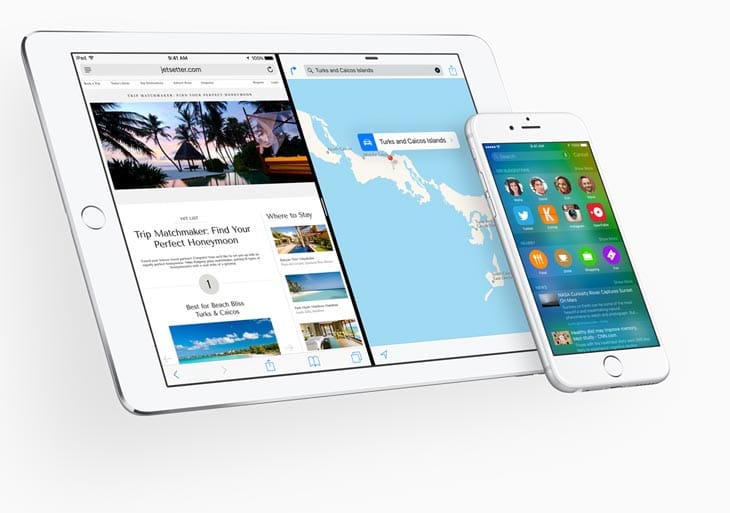 There’s also the possibility for Apple to skip the expected 2-week release date cycle, although that’s highly unlikely in early betas with so many bugs. Developers would have been giving feedback on a daily basis, and our in-house developer will be hoping to see the blue screen crashing a lot less and more importantly, better battery life.

Are you checking for iOS 9 beta 2 throughout today and if so, what problems have you experienced? Product Reviews will let our readers know when the download is live and we still expect the next preview to arrive later today.

If you see iOS 9 beta 2 within the developer portal, then share a comment to let our community know it’s live. The release notes can be found through the normal public link, as with the original update.

June 23 update: Apple didn’t release iOS 9 beta 2 using the same timeframe, as last year. It looks like the difference this year is Apple Music and we could see iOS 9 beta 2 release with Apple Music, also at the same time as iOS 8.4 to public. If the updates don’t come this week, then you should expect them around June 30th, 2015.