We have been getting requests for information on WWDC 2015 since the start of the year, especially in regard to when the iOS 9 beta 1 download date would be and if it will follow the pattern seen in 2014. Some of the general public manage to get hands-on early with betas, and this is why we see interest from both new developers and consumers in respect of what might happen.

If the current rumors about WWDC 2015 are correct, then we should see the tech event place between June 8-12. This compares to June 2-6 last year, as such the Apple keynote will take place on June 8 this year if everything goes as expected.

In 2014, the iOS 8 beta 1 notes went live right after the Apple press conference keynote and we wouldn’t expect anything different in 2015. To answer our readers that emailed in and left a comment, if the WWDC 2015 dates above prove to be correct then you can expect to download iOS 9 beta 1 on June 8 this year. 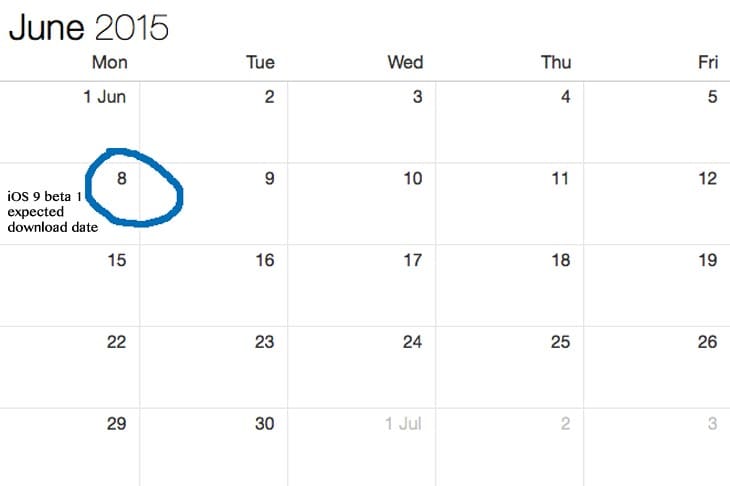 Again, this would be for those with developer access and paying the yearly fee for this honor. There could be a public beta as well in the summer, for those not trying to get an early download through various online sources. Apple could try harder to clamp down on copies leaked to public, although we don’t expect this to be the case.

Will you be installing iOS 9 beta 1? Thanks to Product Reviews having an in-house developer, we always manage to gain some extra insight and our developer normally sees bigger problems with the betas at the start. It’s always interesting to see some people complaining about these issues, even though the majority complaining are using unauthorized versions, as most developers never install on their main device.

When the official WWDC 2015 date is confirmed we will publish the news and of course, this will almost certainly confirm the iOS 9 beta 1 download date at the same time.

How would you like to see iOS 9 change compared to iOS 8? Leave comments below on how you think the UI should change along with the new features you want to see this year.