The iOS 9.3 release time can be predicted for today at either just before, or after the so-called Loop-In Apple event on March 21st. While we have seen events take place at 6PM in the UK, this isn’t quite right today due to clocks not changing yet for GMT as we explained earlier.

Personally, while the iOS 9.3 release date is solid for today you can expect the time to be at the earliest 5PM. This is when the event starts, or 10AM PDT. There’s every chance Apple wouldn’t want its users downloading during the event, as we will see at WWDC with iOS 10 with the first beta going live almost straight after the press conference.

iOS 9.3 release time window – while no site can say they know the exact time, we’ll offer you a solid release window of between 5pm and 7pm today for iOS 9.3. 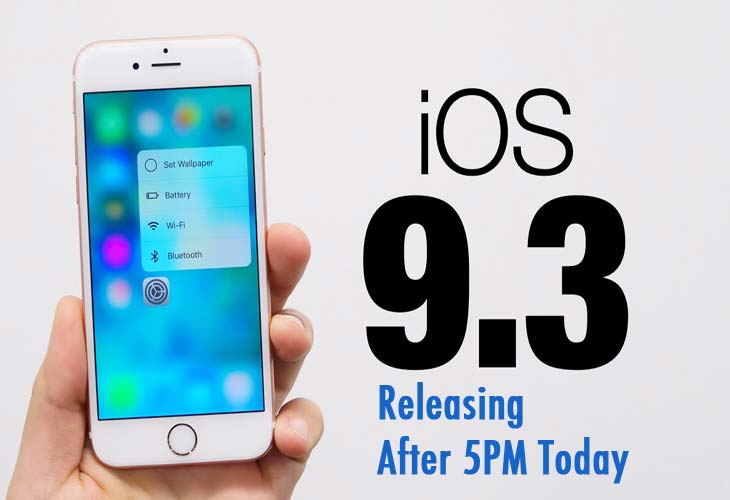 IMPORTANT Security Fix – Researchers found a hole in Apple’s encryption that’s unrelated to the FBI case, although this is expected to be closed today with the public launch of iOS 9.3 on iPhone and iPad. The flaw impacted iMessage and allowed hackers the opportunity to steal photos, again this is even more reason to download the update right away.

While we normally like to wait one day after most iOS updates due to possible glitches, we highly recommend getting this one right away due to the security improvements alone. Let us know in the comments if you see the update live before us, and of course we will list the full patch notes in later.